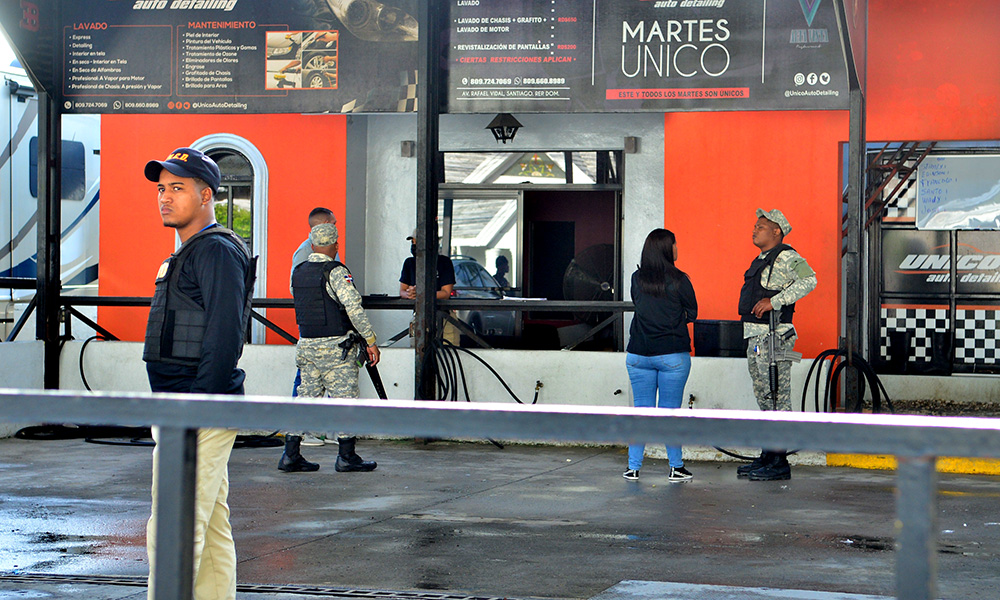 In total there are seven involved, for whom the authorities will request pretrial detention.

Among those accused is Juan Gabriel Pérez Tejada, alias “El Gordo” and/or “Único”, who is designated as the main shareholder and final beneficiary of the businesses: Santiago Único Auto Detailing, Único Licor Café, and AASI Eventos Único.

As proof of this, the prosecutors point to a document found on the cell phone of the accused Manuel Fermín Fermín.

it’s a photograph of a piece of paper where it is evident that “El Gordo” is linked to the organization for the transportation of hidden money in speakers and artifacts, presumably from drug trafficking.

Likewise, the Justice Ministry assured that Pérez Tejada received large sums of money in dollars for the hidden transfer of millions of dollars, as a result of the scourge.

Similarly, they alleged that a chat could also be extracted from Fermín Fermín’s phone, in which the defendant Bernialisis Bobadilla Núñez refers to the fugitive Santiago Núñez Gil, known as “El Muerto”, Pérez Tejada and Fermín Fermín, as “equal with respect to a situation that arose between them”.

“The degree of communication they had with Pérez and the structure of Fermín Fermín was such that they collaborated with each other to set up companies with the aim of filtering into the national financial system the money that Fermín Fermín brought into the country illegally and that he was received at the facilities of the business entity Único Auto Detailing by El Gordo”, indicates the filing in the FM case.