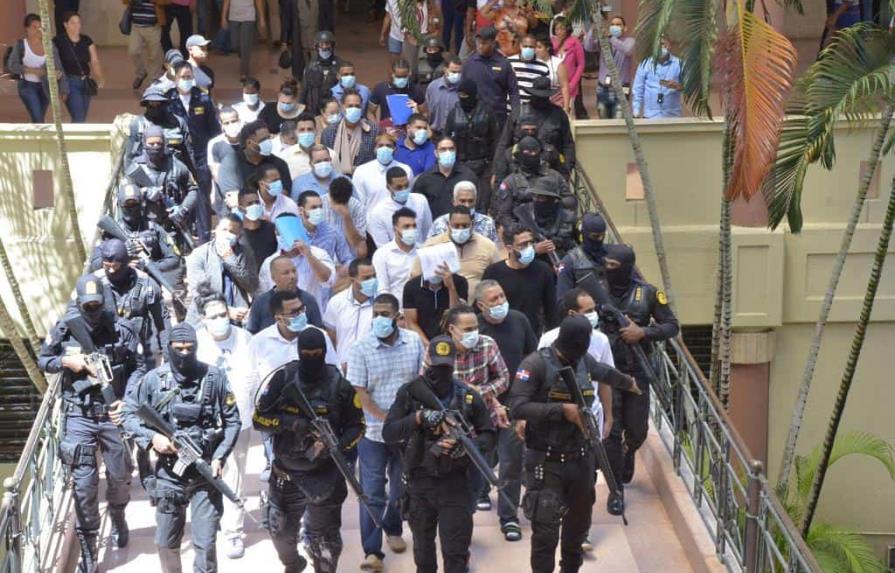 Santo Domingo.- Santiago Judge Yiberty Polanco will hear this Wednesday the request to detain the alleged members of a network of fraudsters who were arrested during the so-called Operation Discovery.

In total there are 38 defendants who must appear before the judge, after they were accused of using electronic means to supplant identities and extort US citizens for several years.

High-Tech Crimes office director, Iván Félix, assured that they have a strengthened case file and “evidence that commits the criminal responsibility of the group of defendants.”

He said they’ll ask the judge to impose 18 months pretrial detention on the members of the network and that the case be declared complex, in order to have enough time to carry out the investigation and charge all suspects.