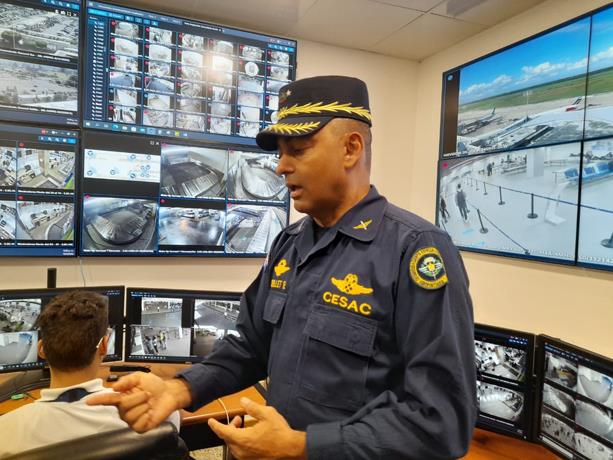 Santo Domingo, DR
Monthly, in Dominican airports, more than 20,000 prohibited objects are seized in the hand luggage of passengers, according to information revealed today by the authorities.

Last year, more than 60,000 ammunition and several firearms were seized deposited with the corresponding agencies for investigation, according to Carlos Febrillet Rodríguez, director of the Specialized Corps of Airport Security and Civil Aviation (CESAC).

Febrillet Rodríguez pointed out that among the objects seized from travelers are knives, sevillanas, scissors, punches, nail clippers, controlled substances, and other flammable items that the law prohibits carrying in hand luggage.

“What we do is send those items seized at airports to the incinerator that operates here within the perimeter of Las Americas Airport, where they are incinerated,” the official said.

He also said that every year more than 250,000 objects prohibited to transport by passengers on board aircraft are seized at all airports on the recommendation of international control agencies.

On the other hand, the director of Cesac revealed that during his tenure as the head of the agency, have been separated from the agency; some 172 agents were accused of committing serious irregularities.

Febrillet explained that within that figure, there are people linked to cases of drug trafficking, smuggling of goods and dollars, as well as falsification of documents, among other crimes.

It is legal to own firearms and ammunition in most of the US. In DR, hundreds of thousands own firearms. So I ask you, how do you expect the traffic between two countries saturated with firearms to be firearms free?
Democracy, you can’t have it both ways: No firearms in public transportation but you can own firearms. And this is not the only contradictions. The same happens with toxic commercial products (cigarettes, alcohol, opioids, pharmaceutical, etc.) that are legal in public but controlled or prohibited in others.
Democracy get your freaking act corrected and stop the hypocrisy!

You can put firearms in checked luggage.
My question would be how did they board their flight with a handgun in their carry on?
If you break the law, take the punishment.
Are you really asking how can a government expect their citizens to follow laws?