From left to right, in the background, the executive director of the Puerto Rico Office, Nelson Torres Martínez; the Dominican consul Opinio Díaz and the Deputy Minister of Consular and Migratory Affairs of the Foreign Ministry, Jatzel Román Photo: José Alberto Maldonado/ LD

After hurricanes, Irma and Maria devastated the island in 2017 and several earthquakes following those events, Puerto Rico is recovering.

Santo Domingo, DR
With the allocation of US$85 billion in federal funds for the reconstruction of Puerto Rico, after the devastation caused by natural phenomena and the implementation of the debt adjustment plan, the island of enchantment has become a business and employment platform for different countries, with a significant interest in Dominicans.

They are already requesting Dominican workers such as masons, carpenters, floor layers, master builders, electricians, and other construction areas. This sector will start 2,000 projects this year, of 11,000 to be completed by 2032, with a labor deficit of about 60,000 workers.

They are also requesting construction companies and companies in the electricity sector to set up on the island or partner with those of the Puerto Rican capital.

The executive director of the Puerto Rican Government Office in the Dominican Republic, Nelson Torres Martínez; the Dominican consul in the Commonwealth, Opinio Díaz, and the deputy minister of Consular and Migratory Affairs of the Foreign Ministry, Jatzel Román, offered the details in an exclusive interview for Listin Diario. 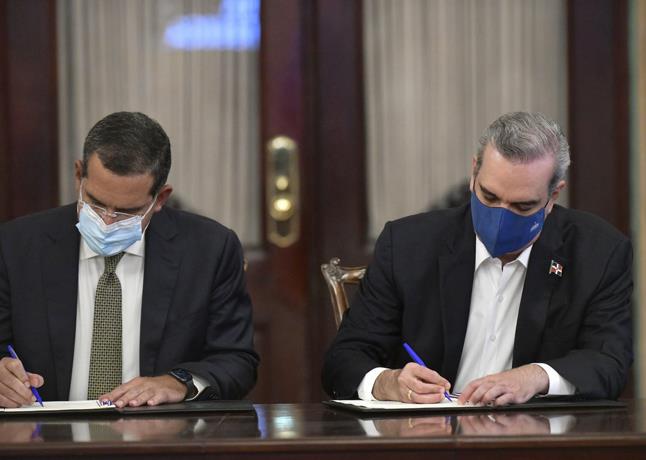 This follows the signing of a joint declaration of a strategic alliance between President Luis Abinader and the Governor of Puerto Rico, Pedro Pierluisi, last December, which updates the Aguadilla agreement of 2009 to boost bilateral relations and promote manufacturing, increasing agricultural technologies, construction, and services.

When asked what Borinquen needs in the immediate future, Torres Martinez said, “equipment, personnel, and supplies. There have been conversations with about 70 people from different companies here, telling them what we have, where the money is, and what the projects are, with an open invitation for them to come to Puerto Rico, either to establish themselves or to form a partnership with companies that are already set in Puerto Rico.

He said his government offers legal guarantees for foreign companies to be competitive.

“In terms of guarantees, I can tell you that Puerto Rico is one of the countries, as a territory of the United States, that has the best legal security. We are part of the U.S. system, we are also part of the federal government, and there is all the guarantee that could be in any U.S. territory.” 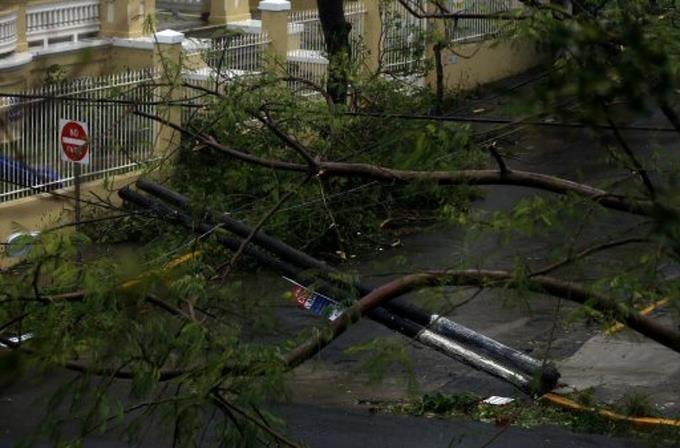 Hospitals and electrical system
He mentioned that they have the design for the Vieques hospital for a population of 10,000 people, and it is a $50 million project. There is also the trauma hospital that will be built in San Juan, a project of almost $500 million, and roads, highways, housing, and others.

Besides the carts, bridges, dams, the electrical system was destroyed by natural phenomena. Torres indicated a reconstruction process for which they have 9,500 million dollars, including supply, cables, poles, labor, and the managerial part.

Infotep will provide other workers.

“Right now, we are working with the request for 320 construction workers. I have just written to the Instituto de Formación Técnico Profesional (infotep), so that they will be responsible,” said Consul Díaz.

He said that with this bank of human resources, they are preparing names of qualified personnel to present them to the companies, as in the case of the 320 required by a single company.

The Dominican said that the minimum wage in Puerto Rico when it is with federal resources, as in these cases, is $15 an hour, which in his opinion will impact the country with the remittances.

On visas
In Puerto Rico, there are about 3.2 million inhabitants, of which 10% are Dominicans (300,000), and 70% have uncertain immigration status. Therefore, they do not qualify to be hired for these works; the consul pointed out.

The personnel demanded the reconstruction of Puerto Rico require a temporary work visa. Still, the Dominican Republic is only included in the H2B visa program for non-agricultural workers. The U.S. State Department has 66,000 per fiscal year, distributed among the qualifying nations.

In this sense, they pointed out that through the Department of State of Puerto Rico they are taking other steps to try to ensure that Dominicans who go to the island to work are not in that category but are included in Parole, which is a special permit that the United States allows them to work for a short period without restrictions.

H2B Visa
Dominican Deputy Foreign Minister Jatzel Román highlighted the efforts made by the Ministry of Foreign Affairs so that Dominicans could be included again in the H2B visa and recalled that the cessation was due to extended stays.

In November 2021, the Dominican Republic was again included in the H2B visa program for non-agricultural workers, “which is a good opportunity that if taken advantage of in the most orderly way possible opens up many more opportunities. We cannot go back to demurrage.”

He noted an excellent opportunity between the two countries, better than the so-called “golden era” from the 1950s to the 1990s, where there was a creative impact. “That model of tax exemption was established in Puerto Rican territory, there came a time when to finish the products, plants were established here in the DR.”

Thank you Puerto Rico for your hospitality and for employing us. We will not forget this!