Abinader gives the public a break with a food “combo” 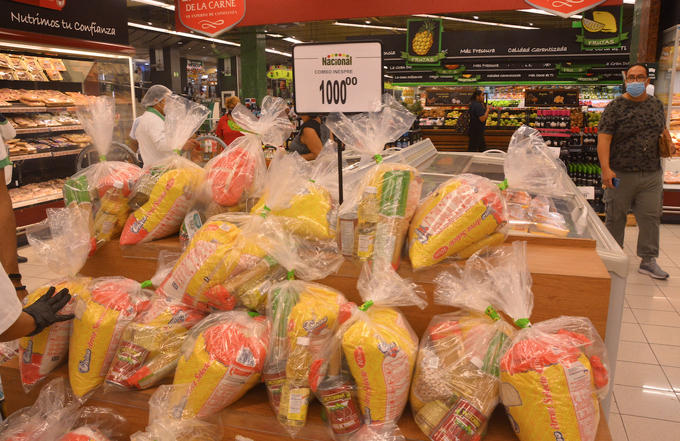 The plan of the Abinader government to subsidize basic foodstuffs for RD$3.4 billion to face the upward escalation in prices is a help to the middle class and the poor while leaving its opponents breathless, who want that the worse things go for the country, the better.

The subsidies will import corn, wheat, soybeans, flour, and vegetable fat. In addition, it will provide RD$450 million for rice production and RD$25 million for the purchase of certified seeds. It will also have RD$ 400 million for the mills to guarantee the availability of bread and flour.

Deep down, the opponents of the government subsidizing low-income people want the popularity of the regime to fall because they see that Abinader’s strength could be what will lead him to victory within his party, PRM, and in 2024.

Those subsidies are offered now so that the lower class lives better is not something so new. Until 1961, poor people received a jug of fresh milk at various stalls in the popular neighborhoods of the capital. One of those stalls is standing in María Auxiliadora.

There I saw in my childhood people come with their pots to get milk. As there was no refrigeration, the leftover milk was dumped in the street gutter, and the employees swept with plenty of water to prevent putrefaction. The country did not have refrigeration.

Before, public school children, built with their dining room, received a fairly generous breakfast that consisted of milk or cold chocolate, bread, cheese, or sausage, a kind of what is currently sold as Creole salami.

Many public school students reject today’s school breakfast, and the snack could have been designed to be cooked in the neighborhoods and the fields, based on Creole products, low in salt fat, and nourished with vegetables.

Due to inflation, in neighborhoods of the capital, many homemakers cook a little more for clients who pay 250 pesos for a plate of rice, beans, meat, and salad or 300 pesos for one of fish with its garnish. As a result, people seek to defend themselves from restaurants.

The desire of the Abinader regime to subsidize food is due to the notorious determination of merchants to earn much more money than those obtained in two years of crisis due to the COVID-19 pandemic. As a result, prices have risen, giving buyers no respite.

Wealth increases
While the Abinader regime strives to subsidize the cost of living of the poorest people, wealth increases and merchants raise their prices with disdain for mathematics. A few days ago, a buyer complained that a yard of linen had risen from one thousand to fifteen hundred pesos in a few weeks, but the upper-middle-class client could pay.

The first complainant was the employee because, with such surcharges, his salary had not been increased since the last time the Secretary of Labor ordered it. Excessive wealth grows considerably without being able to appeal to those who should contain it.

What has been disclosed lately that the pension funds accumulated by workers have decreased because the Dominican peso has appreciated against the dollar is something that is not understood. They will give the reason to the deputy Botello who asks for the delivery of 30% in advance.

Adams Smith, who wrote The Wealth of Nations in 1776 before the founding of the Dominican Republic, upon an exhaustive analysis of the economy, concluded that wealth was for the entire nation, not just for the wealthy class who believed that the workforce didn’t add anything.

Papal encyclicals after Smith’s work, notably Rerum Novarum of May 15, 1891, written by Pope Leo XIII, established the Church’s doctrine on the condition of workers and the meaning of work. Wealth was the combination of capital and labor.

When in Dominican supermarkets, the packers are not paid but instead receive their income through the benevolence of the buyers who give tips, the sense of wealth that Smith spoke of is violated, the word of the encyclicals and the Dominican Constitution, which It states: “every worker has the right to a fair and sufficient salary that allows him to live with dignity and cover basic material, social and intellectual needs for himself and his family.”

The Dominican business class, with exceptions, has earned the hatred of many wage earners and the public, given their propensity to hoard everything. Therefore, the recent introduction to the market of a combo of food products with the Inespre seal that is sold on Thursday at apparently reasonable prices is an additional signal from Abinader to bring respite to the public.

Price rises tend to force down wages. For this reason, many Haitians are leaving their positions as laborers and masons to dedicate themselves to more profitable but less dignified work; they earn less than shoe shiners, window cleaners, and baggers, who are paid by the public.

Eliminate luxury
Abinader intends to eliminate luxury from his regime and charge those who have stolen public funds as reported cases, the latest of which are the so-called Operation Discovery and FM, which scandalized the public and damaged the image of parties.

He advocated that those who steal public funds and those who participated in cloning the Supérate card, issued to benefit the poor, go to jail. The media have highlighted details of the fraudulent operations, such as the criminals’ preference for collecting payments in the early morning hours.

President Abinader could be tired of so many scandals surrounding politicians who were considered decent people, in association with the tigueraje of the neighborhoods and towns that had no concern in exhibiting the illicit money they amassed in front of them the cameras.

RD$1000? That’s a lot of money for rice, beans, cooking oil, and a can of tomato paste! This is just a political stunt & propaganda to give the impression of helping!