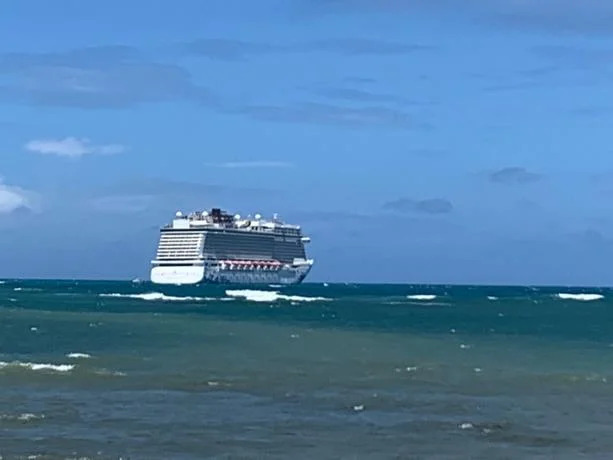 The “Norwegian Escape” cruise ship left the port of Taíno Bay in the province of Puerto Plata bound for Norwegian’s port in Miami, Florida. This tourist boat had run aground last Monday at the exit of the bay of the northern province.

Only crew members are traveling on the ship, as the stranded passengers are being airlifted to Orlando, Florida.

Those who remain on Dominican soil are kept waiting at the port terminal until the flight that will take them back corresponds.

The general director of the Gregorio Luperón International Airport, Carlos Rodolí Conde, highlighted during his participation in the program “El Sol de la Tarde,” broadcast from the Taíno Bay port, that the Dominican Port Authority (Apordom) has moved more than 1,300 passengers from the cruise ship.

Likewise, he stated that for this Friday, about 1,400 were left to return to Florida. The company has arranged that airport costs be free to contribute to the transfer of passengers affected by the situation.

In the same medium, the director of Apordom, Jean Luis Jorge, announced that this terminal will receive cruises from Sunday, March 20 to 25, and that there have been no cancellations due to the ship’s grounding last Monday.