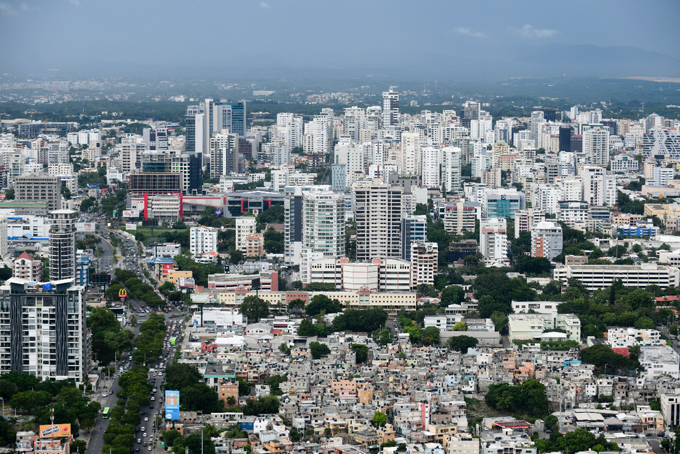 To carry out an eviction it is necessary to have an order from the prosecutor's office, under penalty of imprisonment.

Conflicts between tenants and owners occur in all social strata, since not only have people living in modest houses been sued for eviction due to lack of payment, but also those who dwell in luxury towers.

“I have had cases of people who live in an exclusive place in the capital, in a tower, with all the luxuries in the world, and they’ve gone 10 years without paying a peso,” says prosecutor William Custodio, attached to the department of Civil Executions of the National District Prosecutor’s Office.

Sometimes the aggravating circumstance is added that they do not pay any maintenance in addition to not paying the rent.

He specified that in this case, the owner has two ways to lose, the money for the rent and the possibility that the condominium seizes the property for non-payment of maintenance.

He stressed that in the Prosecutor’s Office, they are up to date with the eviction requests of tenants because they pay a lot of attention to these cases, mainly when it comes to non-payment, which is a complex procedure. He pointed out that the tenant does not have to pay the rent, but he must hire a lawyer, which can be costly.

In November 2020, a few months after taking office, the attorney general, Miriam Germán Brito, instructed the members of the Public Ministry to channel without delay the execution of civil or other sentences through the help of the public force. These decisions include those ordering the eviction of tenants.

Judicial procedure
The legal actions to obtain the eviction of a tenant begin in the justice of the peace. That sentence is appealed before the court of the first instance and then appealed in cassation before the SCJ when the sentences irrevocably acquire the character of the thing judged, that is to say definitively.

“We are talking about three processes, and after the one from the Supreme Court comes out, and the public force is granted here, we have to go back to the justice of the peace so that it opens the doors,” explained Custodio.

Although these resources do not have suspensive effects, some defendants resort to the Constitutional Court.

Custodio clarifies that rent control and eviction cannot order the eviction but that the justice of the peace can.

Active processes
In 2021, the National District prosecutor’s office received 742 requests from the public force, of which 190 sought authorization to evict tenants.

According to the Custodio prosecutor, most of these orders were executed, who told Listin Diario that in the two and a half months of 2022, 137 requests for public force orders had reached that unit, of which 36 sought to remove the tenant from a property.

Non-payment, termination of the contract, and adjudication due to an embargo are the leading causes that lead an owner to demand the vacation of his property.

“Here in the National District, it happens very frequently. It is a headache for the owners, because there have been cases that have lasted up to 10 and 15 years in court, from the judge of first instance until it reaches the Supreme Court of Justice, and many people think of taking it to the Constitutional Court,” stated the prosecutor.

He warned that whoever evicts without a warrant from the prosecution can be liable to a sentence of 3 to 10 years in prison since the law prohibits the owner from carrying out an eviction without having an enforceable title.

He explained that they are legal channels that tenants take advantage of because they must comply with due process.

Defaulters lie down
“The law protects the tenant, instead of protecting the owner, who has a fundamental right, which is property,” said Custodio.

Acquired right? He argued that even with the Supreme Court ruling, there are tenants who say that they will not leave if they are not paid because they believe that due to the rental time, they have an acquired right.

In that country there are no laws. The Dollar dictates and solves conflicts. Corruption is the only way down there. The rush to have buildings have brought congestions, contamination, and people with bad habits to habitat residences that require discipline, coordination, and civility. Good luck with your buildings!

The laws, abuse of the laws, and disinterested officials have been the enablers of tenants not to pay rent, illegally stay in homes, and evade eviction. The landlords are caught between rocks and hard places, left to pay the costs of being abused.

Both parties, landlords and renters, need to be protected. However, the protection has to be even handed. No tenant should be able to live in a property without paying rent outside of just cause.

NOT very different from the USA, evicting someone here is virtually imposible, and if they have children forget about it.