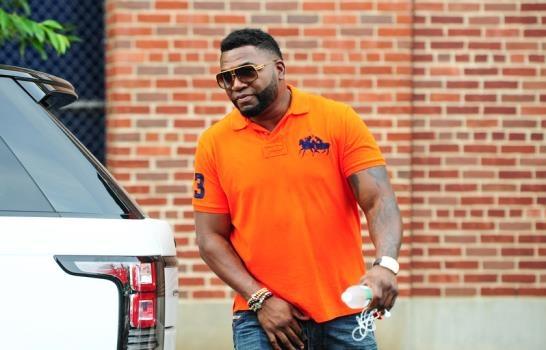 The investigation commissioned by David Ortiz to clarify the attack he was the object of in 2019 revealed that Cesar Emilio Peralta (Cesar the Abuser), who planned and ordered his death, revealed the baseball player, according to reports published by the Boston Globe.

The ex-ballplayer underwent emergency surgery at a local clinic and was later transferred to Boston. The bullet, which entered through the back and exited through the abdomen, affected several organs of the famous “Big Papi.”

The Cooperstown Hall of Fame inductee revealed that then Dominican Republic Attorney General Jean Alain Rodríguez called him at his home in Weston two months after the shooting and asked him to make a public statement supporting the mistaken identity theory.

Cesar Emilio Peralta, a.k.a. Cesar the Abuser, allegedly had David Ortiz killed because he disrespected him. (EXTERNAL SOURCE)

According to his claim, sitting with him at the time were Prado, baseball agent Fern Cuza and Baerlein.

“We understood that the attorney general was trying to make (Peralta’s possible participation) disappear because if Peralta went down, a lot of people in the government were going to go down,” Prado said.

The shot was reportedly fired by one of two men traveling on a motorcycle. One of the assailants was beaten by civilians who were at the scene.

It seems there is media information lacking as to why Cesar the Abuser ordered the attack. It is/was a widespread rumor a woman was at the crux of the ambush. It could be reasoned because of Ortiz’s celebrity the rumor is being suppressed. Should there be a trial, hopefully the truth will be revealed.

It would not be surprising if the “Abuser” openly says he is guilty of attempted murder as part of a bargain to remain silent of its details to avoid being returned to the RD. No trial, no complete revelations of his reason for the assault. He is in US hands now and it can be reasonably entertained he wants to reduce charges for his illegal trafficking activities by keeping Big Papi clean.