He rented a house to a private individual and ended up losing it. 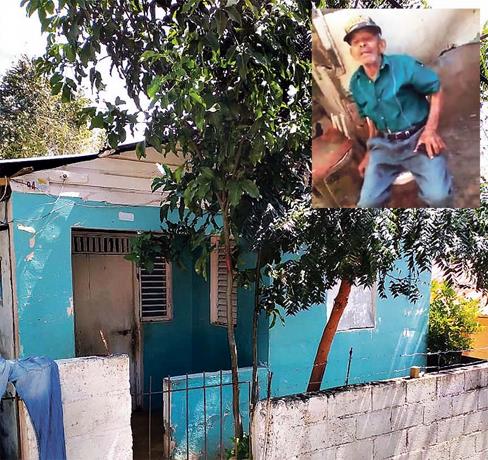 When he rented it to her, he paid her for two months but then stopped, claiming that he did not owe her.

Santiago, DR
At 98 years of age, the elderly Antonio José Tineo, known as “el Viejo Cuco” (the old Cuco), explains with displeasure that in 1981 he rented a house that he acquired with his hard work as a grocery salesman in the market Hospedaje Yaque de Santiago, but that he ended up losing it.

With nostalgia, he narrates that the house he lost was located in the Ciruelitos sector, in the north of Santiago, and at the same time, he clarifies that the tenant “is an abuser.”

Tineo recalls that this man took his house in 1989 with the support of a lawyer.

He said that when he demanded that the renter leave the house because Tineo would be moving his wife and children into the property, the tenant warned him that the house was his.

The renter claimed that he was the owner.
Tineo also warned that the individual, in collaboration with a lawyer, created some papers, claiming that he was the actual owner of the house.

After Tineo complained to him, the boarder demanded that to get him to leave the house he had rented, Tineo had to pay him three times its actual value, so Tineo decided “not to mess around anymore and leave it to him.”

The tenant paid for two months when he rented it but then stopped, claiming that he did not owe him.

The old man known as Cuquito or Viejo Cuco resides humbly with some of his children on 25th Street in the Pekin sector, south of Santiago. “I rented to him in good faith the little house that I bought with so much effort, but he kept it, let him take advantage of it if my children want to get it back, but I am not going to deal with it anymore,” complains Old Cuco sadly.

“There are people who in good faith have left their homes in the care of private individuals, but they report with horror that they have been on the verge of losing those houses and have had to give significant sums of money to those who lived in them for free and without being responsible for the payment of essential public services, such as water and electricity.

Advice
In this regard, the civil lawyer Frank Bretón Santana advised people who have unoccupied properties that when they decide to have people living in them to take care of them, it is advisable that they formalize through legal professionals symbolic rental contracts and that each month they send them symbolic rental payment rates, duly signed by the owners and by those who are occupying these properties for free.

He also considered that these symbolic rental contracts should be made for one or two years.

He also suggested that when they are asked to vacate their properties, they should wait for the term of the contracts to expire so that there are no claims in court.

Bretón Santana explained that this exonerates him from legal action that could affect them as property owners.

Cheating
According to attorney Bretón Santana, there are many cheaters. For example, they can allege that the man worked as security in the house, premises, or building, go to court, and a labor court will rule in favor of the person who occupied the property, without paying anything, since he occupied it with the consent of the owners.

Contract
Likewise, the civil law expert clarified that if they have a rental contract, even if it is symbolic and they honor the payment rates, which are also symbolic, few lawyers will take such cases to court.

Cuco is right. Forget about it. The house is a garbage. At his age, Cuco should be looking for a nice wife (Cuca) and forget these bastards. The house with its open roof has become a big mouse trap. Leave it!