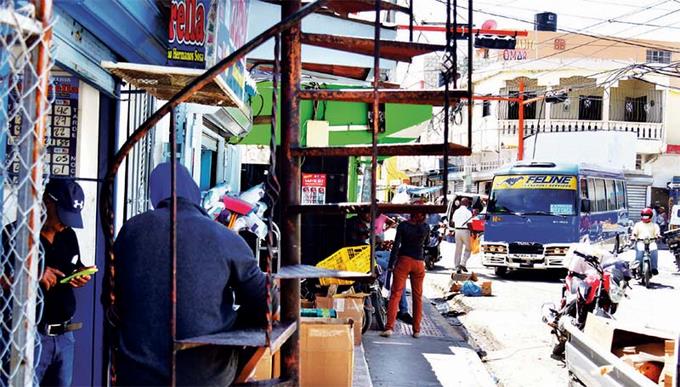 Boca Chica is a tourist destination, but without sufficient protection against crime.

Boca Chica, DR
“There is no particular time that robberies happen here; it is all day long,” this is how a resident of the Andrés sector, Boca Chica, defined the lack of citizen security that reigns in the streets of this tourist area.

The man identified only as Samuel told this newspaper that authorities so ignore the residents of this sector and all the surrounding areas that they have to survive as the saying goes: “here we are constantly in the middle of the night,” he said.

“Unfortunately, there is no particular time that robberies occur. My mother, a 70-something-year-old lady, was asked for an address, and they took the earrings she was wearing”, said Samuel, adding that it was approximately noon when the incident occurred.

He also pointed out that the evil people who lend themselves to these assaults are “youngsters” who, without any consequences, go out into the streets to look for “easy money without working.”

From inside his door and window repair business, he explained that neither he nor his employees had been victims of assaults; however, rumors of criminal acts resound daily.

During a visit made by a team of Listín Diario and during a conversation with another young man of approximately 25 years of age named Rolfi Díaz, he said that in the vicinity of the sector there is police surveillance, but it is not enough, because “there are too few of them.”

“When there is a robbery in a neighborhood they (the police) move to those streets and the delinquents then move to another side where they are not, so they back up one side, but neglect another,” said Díaz, arguing that the number of agents is limited for the municipality and that the patrols should be everywhere, not only where an event occurs.

He also said that the assaults in “Boca Chica entera” occur daily two or three times in a day “conservatively counted” and that the subjects are always on motorcycles and sometimes with firearms.

He also pointed out that they are afraid to leave their vehicles parked in commercial or any other place because, on several occasions, unscrupulous persons steal them from the parking lots.

He mentioned that a friend of his was the victim of the theft of his motorcycle when he was in a parking lot of the Boca Chica prosecutor’s office, and the municipal authorities have not been able to find the thieves.

The DR is a top heavy/Bottom heavy society. A true dichotomy. The rich there don’t give an inch and the poor find themselves running out of time to live the dream. Hiring discrimination based on color, looks, and age are prevalent. The rich are in their own little world. Golfing, tennis, beachside restaurants, porsche club, audi club, bugatti club. The rich are of mami papi and the poor are of those always shouting ‘papa!’. The poor get unlimited eggs, salami, and platanos, and they belong to the ‘se fue la luz’ club, the pica pollo club, and the cheap Chinese clothing club. Too many rich, too many poor, and not enough leveling the playing field. That is why you can’t control crime. The poor have decided to cheat a little.

one big problem here in boca chica is the police is so corrupt that they often work with the thieves for their cut. crime is so out of control here that the special prosecutor needs to focus on boca chica, the police, the lawyers and judges, not just the thieves on the street because they all work together. If you’re a gringo, forget any justice. they all just look at us as an easy target for extortion. i have been robbed twice at home and no help with the law, none. i have 2 houses here i cannot sell because it is well known for the lawlessness here. Unless the special prosecutor comes here to start and clean this area up it will just get worse.

I bought an expensive SUV. Drove it on the highway on my way to the capital near boca chica. Motorcycle with two guys on it hit my suv directly from behind. People told me to run but I stayed to check on both guys who almost died. Amet came and asked me for my license and passport. They asked me to drive my suv to their polic station. At the police station, they put my suv under arrest. They wanted me to sign a statement but I refused. They drove me to the fiscal of boca chica. A fat short guy with dark yellow teeth. He told me they would keep my passport and my license and mu suv and I would have to spend at least one year going to court. I told them and my witnesses told them that the motorcycle hit me from behind. They did not care. The next day the lawyer and the father of one of the guys on the motorcycle came to the same office to ask me for 500,000 pesos. The fiscal told me that the best thing to do is to offer them something. I ended up paying 120,000 pesos for something I did not do. I later found out they gave the fiscal 15,000 pesos of the money and 5,000 to the Amet guy. Yes, you are 100% correct. They all work together to extort.

its like NYC weak leaders and no consequences for criminals

Poverty is no excuse to commit a crime. Go to school, get a job, even if is a low paying job. Than work your way up in society. Those that do not contribute positively to society will need to be cancel out.

I congratulate democracy for creating the biggest human failure on the island. Democracy began is destructive path in Haiti (1986) and now, has transferred to DR. Democracy failed to bring security to the people. Enjoy your democracy and do not complain!

Places like the DR need literal dictators and strongmen to put criminals in their place.