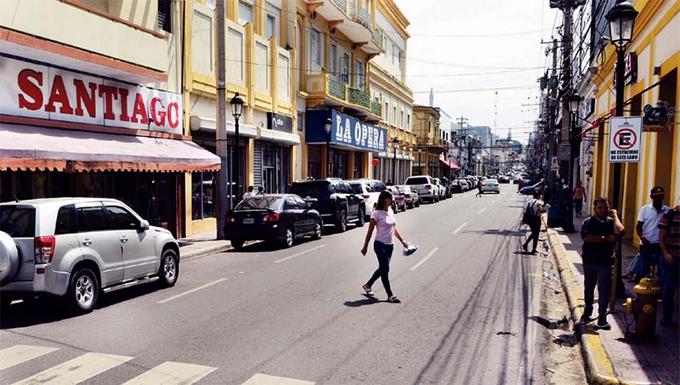 Criminals go from the slums to the downtown areas to rob.

Santiago, DR
The majority of assaults, theft of cell phones, wallets, gold and silver chains, and other belongings are committed in Santiago by the so-called “Nini,” who are young people from poor neighborhoods between 17 and 25 years of age who neither work nor study, according to authorities and community leaders.

According to clinical psychologist Josefina Martinez, most of the victims are women and these young people come from poor and scattered families, due to conflicts between couples.

The professional of human behavior clarified that she dares to say that 93 percent of the people who live in poor neighborhoods are serious and hardworking, but that there are young people who get caught up in the fashions of the moment, vices, adventures, and vanities.

At the same time, he clarified that many of the young university graduates, most of them women, come from poor neighborhoods and rural areas.

These young people who neither work nor study (Nini) rove around on motorcycles through neighborhoods and urbanizations, often rented by delinquents, to commit acts in violation of the law, according to police officials.

But others do it to buy expensive tennis shoes, jeans, modern cell phones, T-shirts and other modern and “fashionable” clothes.

The Cibao Central Directorate of the National Police, based in Santiago, reports that it has apprehended young people committing acts in violation of the law in the streets of this city, Moca and La Vega. But others commit crimes to support their consumption of controlled substances and not to eat, according to police authorities in Central Cibao, based in Santiago.

Testimonies of a nini

Nelkis, a young man who is now 24 years old, after his drug addiction, was admitted to Hogar Crea in 2017 and recognizes that he was part of the Nini.

Lo Nini is not a criminal organization, but a particular name that has been used by residents of populous neighborhoods in Santiago and other areas to label young people who neither work nor study, but dress well, buy motorcycles, clothes, and other goods, “even without striking a blow.”

“Two years ago, together with a friend who is in prison, we robbed people with toy guns, knives, knocked down chains, cell phones, wallets in the streets of Santiago, La Vega, Bonao, Puerto Plata, Mao, we are alive by chance, because in one of these we almost got killed, the police saved us,” he says.

How beautiful this corrupt democracy is to DR! It can’t protect the citizenship and promotes unemployment and breaking of the laws and decency!