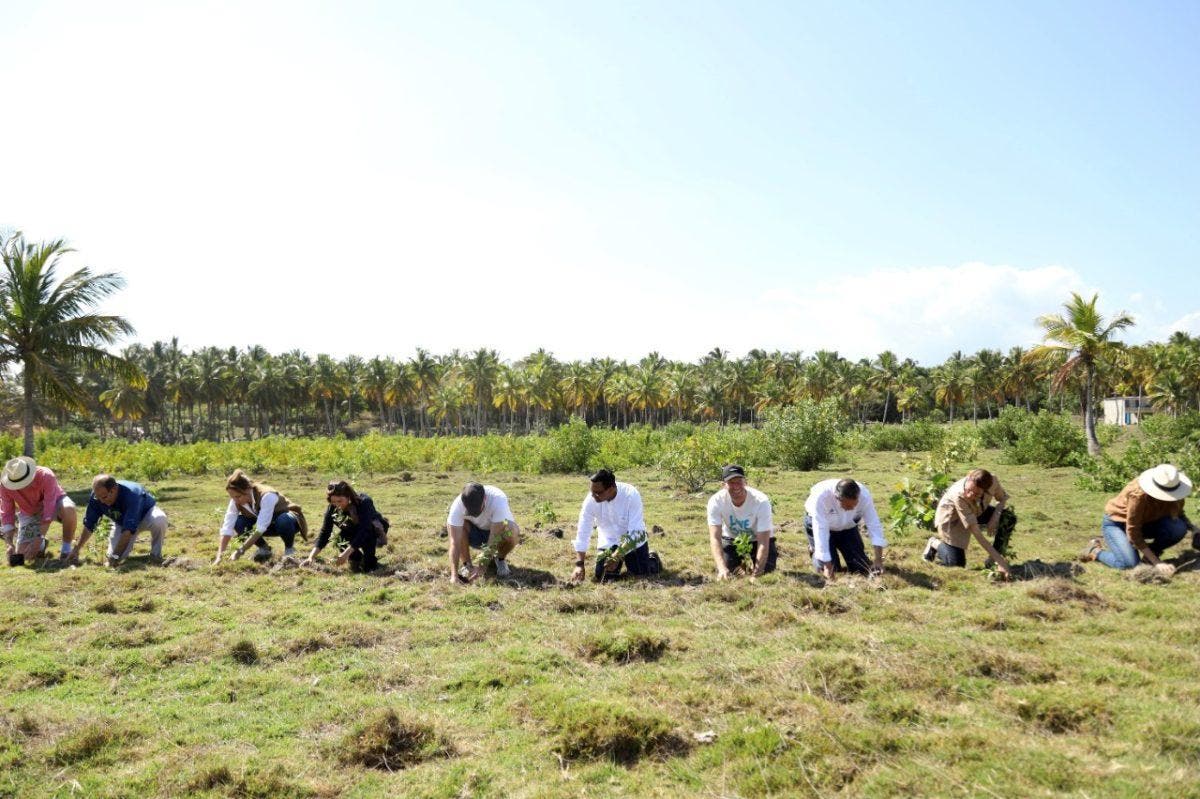 Martin and Champion took the opportunity to do a day of mangrove reforestation.

The British Ambassador, Mockbul Ali, in collaboration with the Minister of the Environment, Orlando Jorge Mera, received Chris Martin and Will Champion of the band Coldplay in the Ecological Park of Nigua. The Minister of Culture, Milagros Germán, was also part of this event which they shared with other guests, including environmentalists and young Dominican musicians.

Martin and Champion took the opportunity to do a day of mangrove reforestation during a small reception, where the members of the group exchanged ideas with the guests about the activities, projects, and programs they carry out.

The meeting is part of the activities prior to the concert that the legendary band will perform on the night of Tuesday 22 at the Félix Sánchez Olympic Stadium in production of SD Concerts, being the first carbon-neutral concert to be held in the country, where they have requested for the event the use of renewable energies, among other measures.

As part of the reforestation strategy of the Ministry of the Environment, which has as its central axis to increase resilience to climate change, the mangrove is one of the trees that captures the largest amount of carbon. It also hosts marine ecosystems, protecting them from rising seas.

They are an ecosystem of forests and wetlands made up of trees and shrubs that grow in brackish and saline water along tropical and subtropical coasts. They are vital to protecting coastal communities and can sequester up to five times more carbon dioxide than rainforests.

who is Coldplay…are they another rich american ppl. i see white ppl in a field for a photo opt.

who is Coldplay…are they another rich american ppl. i see white ppl in a field for a photo opt.