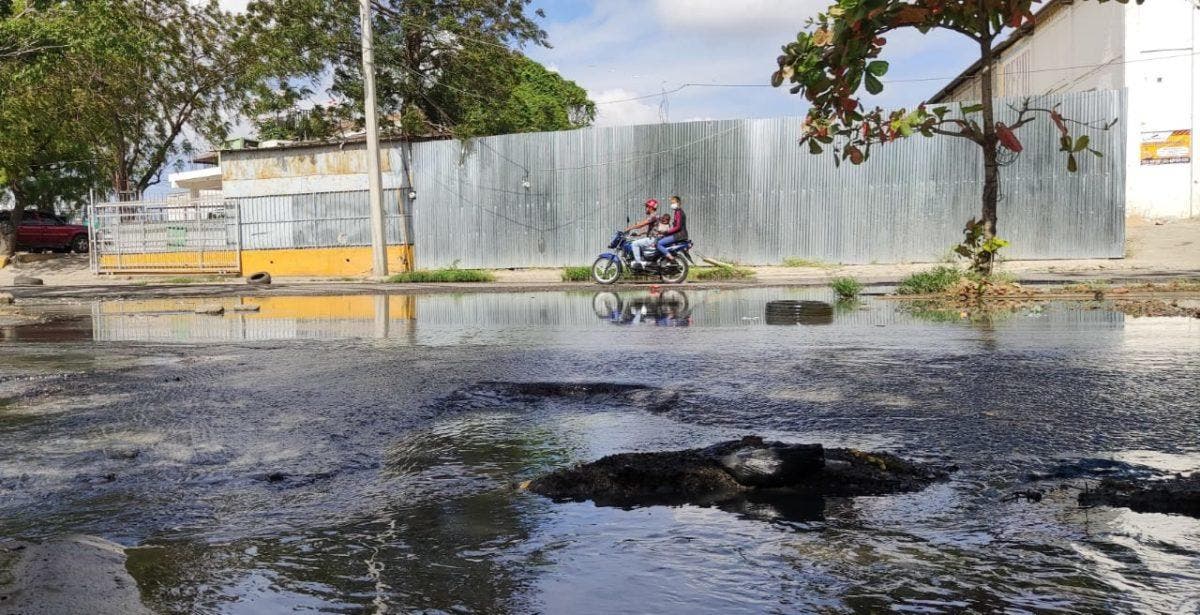 The situation has caused children to get sick, many with vomiting and diarrhea.

After several months of complaining to the authorities about the sewage pools in the La Rotonda neighborhood, La Ciénega highway, Santiago, residents are desperate that they haven’t received any answers.

The sewage has caused the streets to be cracked and full of holes and the foul smell that floods the area. On several occasions, they have already claimed tires on the road.

“People are desperate. Coraasan, the City Council and Public Works ignore it. No one resolves,” said residents in the area.

When speaking with reporters from the newspaper Hoy, several residents say that the problem has been around for six months.

They add that the authorities of the Santiago Aqueduct and Sewerage Corporation (Coraasan) have appeared, fixed, and at the same time, the pipes are untied again, and everything is filled with water.

The situation has caused children to get sick, many with vomiting and diarrhea.