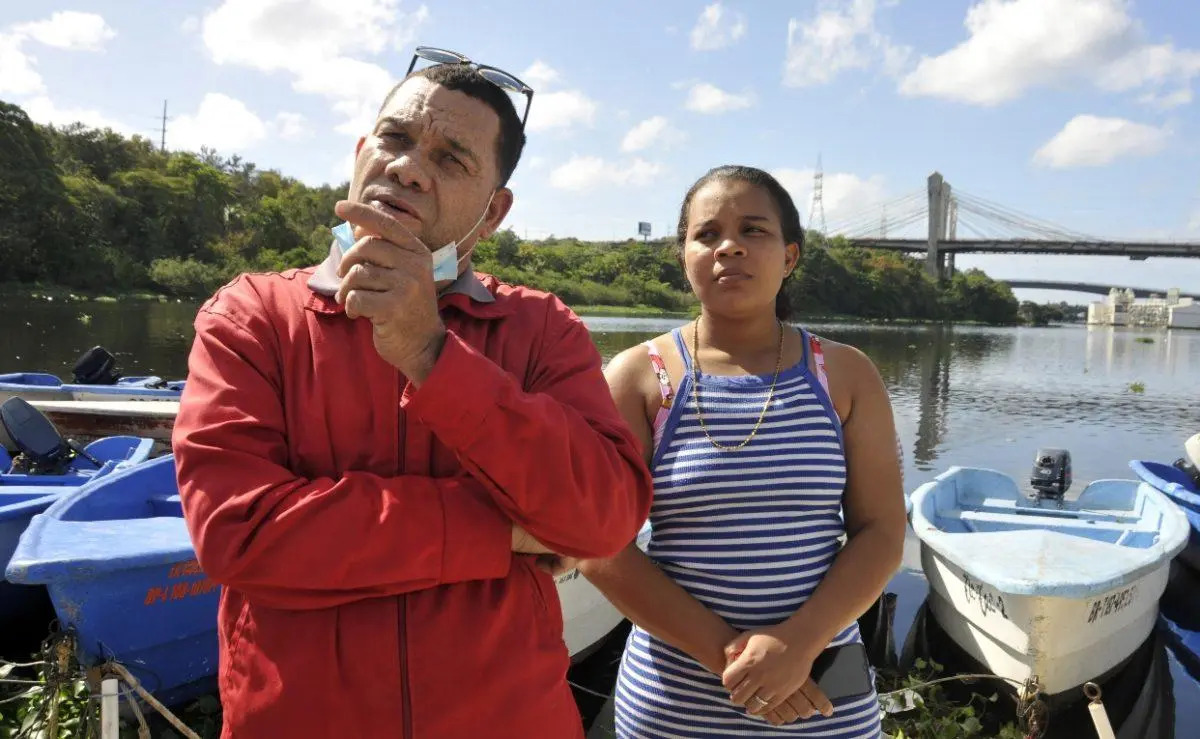 Relatives of fishermen lost at sea

Two fishermen who went out to sea at dawn on Wednesday from La Marina, in the La Ciénaga sector, National District, were rescued on the high seas by the Dominican Republic Navy.

They are Edward José Tolentino and Ramón López, the second captain of the small boat of about 19 feet, with only one engine onboard, which suffered damage while sailing on the high seas.

After almost two days without information, the companions worried about their fate but always hoped that they would turn up safe.

A team from the Dominican Republic Navy and three small boats from the Fishermen’s Association left at dawn yesterday after they disappeared.

Adalgisa Tolentino , mother of Edward José, and Vianca María Encarnación Rodríguez, his wife, were waiting impatiently for some news at the robbery post in the La Ciénaga neighborhood.

They pointed out that their relative had been in the activity for about five years and that he had never faced any mishap.

Edwin Michely, Edward’s father, pinned his hopes on his son appearing, as had happened with others who returned to land after three or four days of disappearing.

Pedro Pablo Morales, a fisherman, narrates the vicissitudes suffered by those who dedicate themselves to the trade due to the precariousness of their equipment, small boats with just one engine, in most cases, obsolete.

In addition, he considers that the boats should have an auxiliary engine so that in case the main one fails, it can be used and be able to go ashore.

He trusts that the government will provide modern boats to more than 200 dedicated to the trade when the Plaza de Los Pescadores is built, within the Nuevo Domingo Savio project.