DNCD seizes more than two kilos of cocaine at the AILA 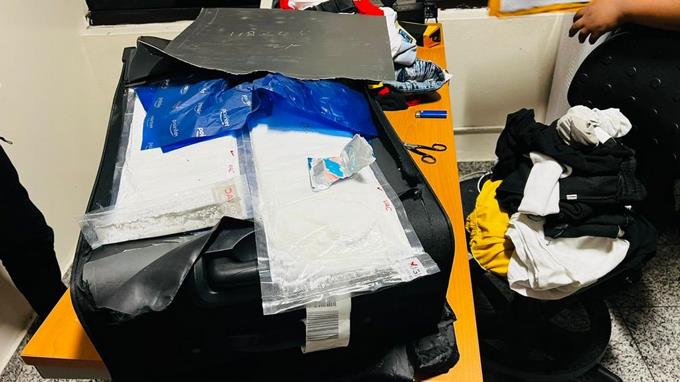 The anti-narcotics agents carried out inspections in the boarding area when canine units alerted agents of foreign substances in one of the luggage.

When the authorities began the review process in the presence of a deputy prosecutor, they discovered a double bottom in a suitcase, where three sheets that are presumed to be cocaine were located, with a preliminary weight of 2.38 kilograms.

In this case, a Dominican-Spanish citizen was arrested when he tried to leave the country through the Las Américas terminal on a commercial flight to Brussels, Belgium.

“The Public Ministry and the DNCD have initiated an investigation to determine if others are involved in the intercepted shipment of the three sheets of the substance,” the press release states.

The 34-year-old, who will be identified in due course, is being handed over to the authorities to be brought to justice in the next few hours for violating Law 50-88 on drugs and controlled substances.

The sheets of the powder that is presumed to be cocaine were sent to the National Institute of Forensic Sciences (Inacif) for the corresponding purposes.