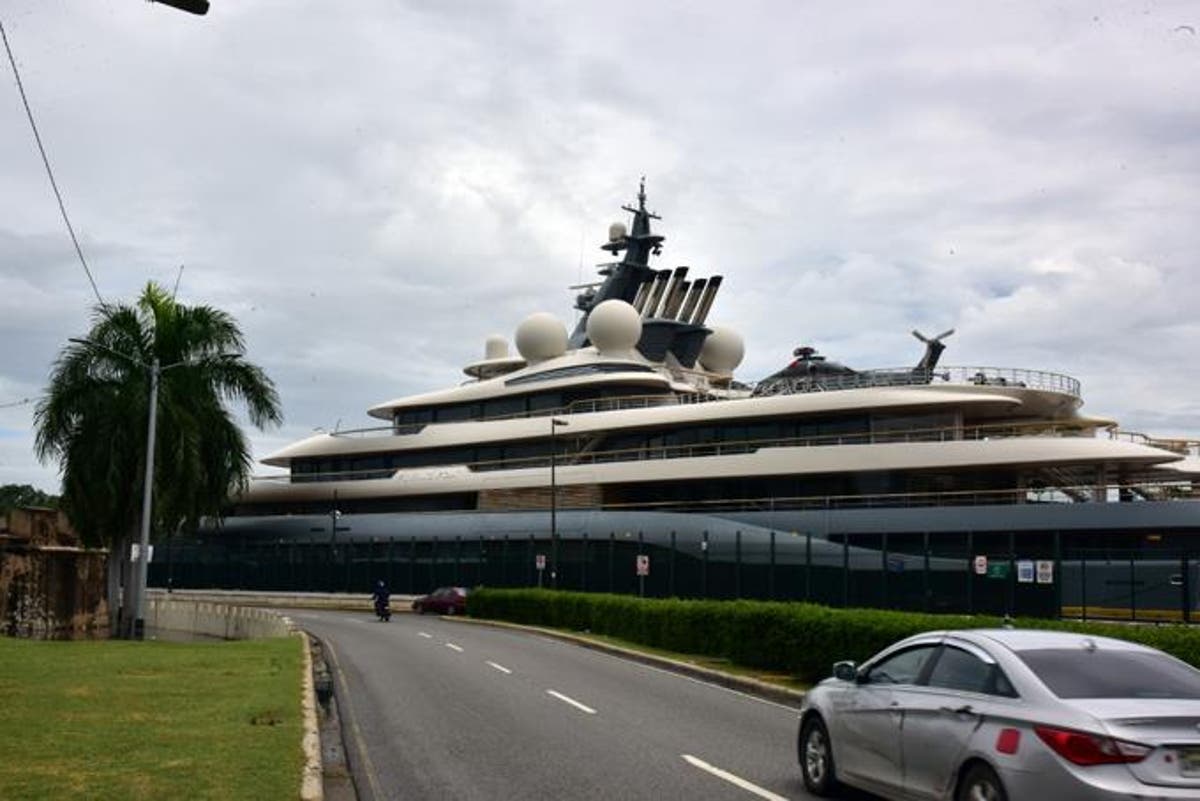 A senior Dominican official said Monday that the situation around the luxury yacht “Flying Fox,” anchored in the port of Santo Domingo and linked to a Russian oligarch, is under investigation by the Public Ministry and a government agency.

“That (relating to the yacht) is being handled by the Public Ministry (the Attorney General’s Office) and (the General Directorate of) Customs,” the executive branch’s legal consultant, Antoliano Peralta, told reporters.

Peralta Romero assured that the reports available to him assure that the State institutions are handling “correctly” and within the “framework of the law ” what is related to the yacht.

“The legal consultant and the President of the Republic (Luis Abinader) do not interfere in matters concerning the Public Ministry. I understand that the Public Ministry and Customs are handling that (…) it is an issue that Customs is handling,” he insisted.

According to videos broadcast by local media, the US agents were accompanied by officers from various Dominican agencies during their inspection visit.

The ship under investigation is one of the most luxurious pleasure yachts in the world. According to Forbes magazine, it belongs to Russian businessman Dmitry Kamenshchik, owner of Moscow’s Domodedovo airport.

A source from a Dominican security agency confirmed to Efe that the investigation of the yacht took place that day, which has been anchored at the Don Diego terminal in the port of Santo Domingo since last Monday, after having passed through the tourist city of La Romana. In the east of the country.

As a result of the Russian invasion of Ukraine, the United States approved various sanctions that would affect businessmen close to President Vladimir Putin, many of the owners of luxury boats.

Why is DOHS telling sovereign country what do ?!…If we keep this yacht , we are responsible for maintenance, and we can get “bankrupt” in a month or so just keeping this vessel docked there…continue listening these Americans… three time they try to conquer us…looks like they are running show in DR…

Don’t mind him he’s a Haitian disguised as a Dominican it’s really common.

For elaboration, this individual believes that he can maybe convince people that Dominicans are ignorants,anti-American, racist and so on.

At the end nothing will change because people who follow these news are Dominicans, Dominicans outside the country (4 million approximately) and Haitians.

He takes different names and replies to his own comments sometimes, and this news source does nothing.
A bit sad that we can’t just watch our new in peace but well what are we gonna do
Suffering from success

I’m apparently French-Dominican, my mom is from there.
I was in saona island for a while truly delightful, though I don’t know Spanish and I can’t understand the Haitians.