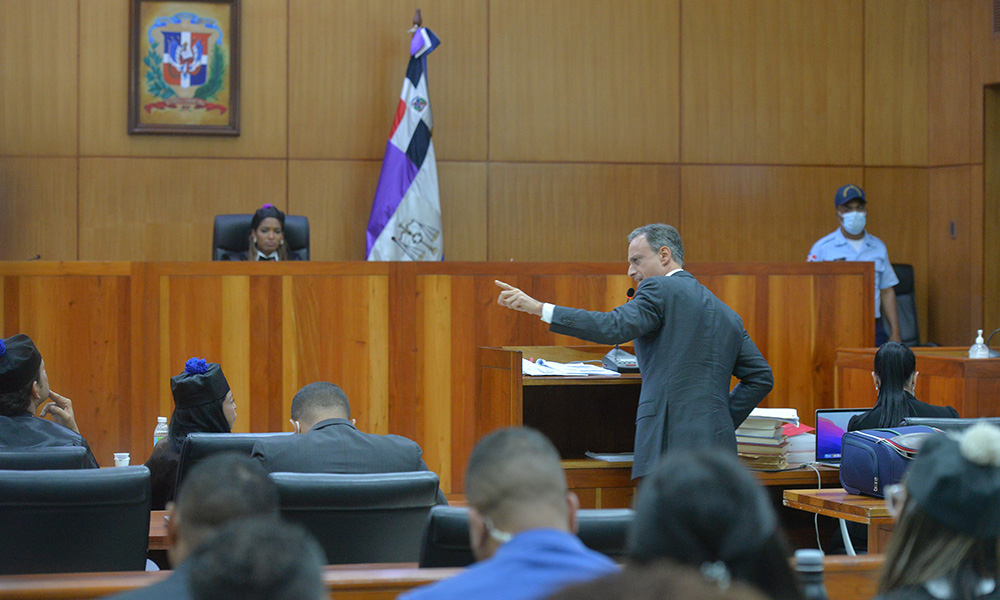 Santo Domingo.- Former Justice minister Jean Alain Rodríguez, accused of irregularities during his tenure as head of the Attorney General’s Office, reiterated in court that “he is not a criminal” and that the actions of the prosecutors investigating the Medusa case obeys a supposed revenge against him.

“I have made mistakes in life, but never a crime,” said Rodríguez, who maintained that the accusations of the are administrative and not criminal.

“They have deprived me of freedom without being an engineer, for painting, waterproofing and construction issues, without me having put a single block. Those are administrative and not criminal issues, and in any case, where are the 60 contractors who supposedly built badly? They have not questioned a single one of them despite stating on multiple occasions that they are unusable structures. They won’t even call them, because it’s not justice, it’s revenge. They have me deprived of liberty for alleged bribes, but nobody knows who those bribers are, or how they paid, when, where, for what work. They have not presented anything because nobody has given me anything.”

Rodriguez spoke in court where he was ordered to remain in pretrial detention.

thats ok we have a laptop in USA with bribes on it and nothing happens.

Also, Richard Nixon was not a “crook”. You be the judge.