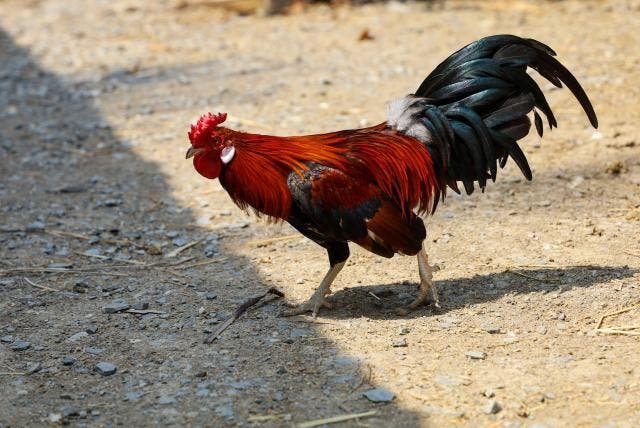 Two roosters inside a sack were presented as the body of the crime in a hearing in San José de Ocoa.

With their constant “quiquiriquí” (rooster noises), they made the judicial process difficult, which impeded its development.

¨In San José de Ocoa, this man has finished with everything; in El Pinal, he stole 12, in another 10, and for the return of the chickens to Jorge Pascal, he stole 25.¨

The hearing was postponed to allow the accused to be assisted by a lawyer.

Meanwhile, dozens of roosters affected by the accused went to the Palace of Justice.

He trespassed into my yard and house where there are elderly and sick people.”