Abinader starts construction of the Monorail in Santiago 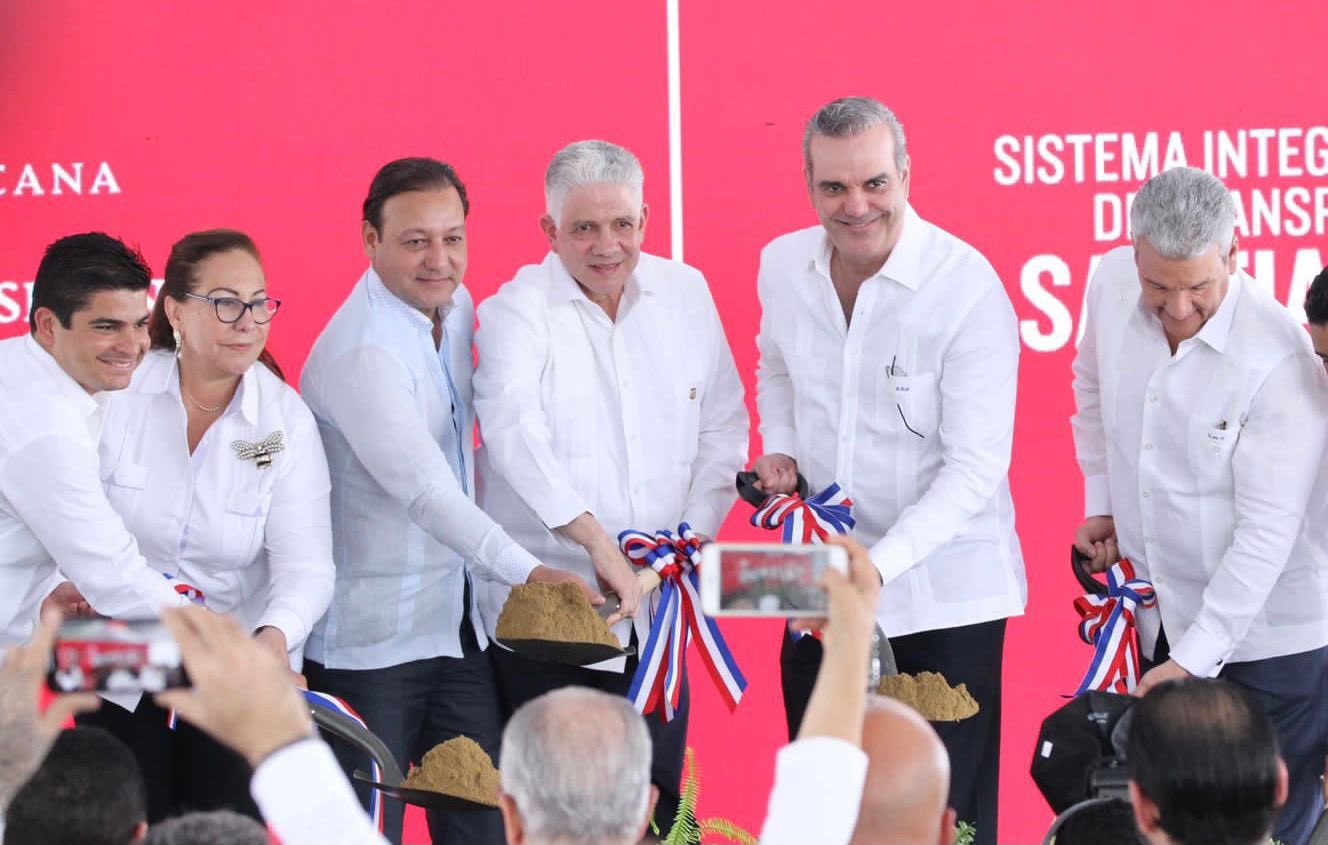 President Luis Abinader dug the first shovel to start the work, accompanied by authorities from the Santiago province. EXTERNAL SOURCE/

President Luis Abinader assured that the Santiago Monorail was the first in Central America and the Caribbean.

Santo Domingo, DR
President Luis Abinader, on a historic date for Santiago, started yesterday the construction of the monorail in that city, a work promised in several of his speeches.

The new means of transportation will have a capacity to mobilize 40,000 passengers per hour (20,000 in each direction).

Speaking at the groundbreaking ceremony for the project, Abinader explained that this high-tech rail system would have a direct impact on nearly 500,000 people, reducing transportation costs by 30%, reducing congestion and increasing productivity with less environmental impact.

The monorail will be able to move 20,000 passengers per direction every hour.

“We have set out to revolutionize cities and impact people’s daily lives with real actions that everyone can enjoy,” said the Head of State.

At the same time, he specified that the objective is to establish a high quality public transportation service, available and interconnected with the integrated transportation system of Santiago, to reduce travel time, the cost of transportation and increase the accessibility and quality of life of users.

The Santiago Monorail is the first in Central America and the Caribbean and will be managed through the Office for the Development of Urban and Interurban Mobility Projects.

“Here and now, we begin to fulfill the dream of having a monorail in the city of Santiago,” proclaimed the head of state, describing this project as demand for years of the people of Santiago and a commitment of his administration.

“The Santiago Monorail will solve problems and generate new opportunities, together with Line 1 of the Cable Car, integrating the most populated sectors and the main workplaces of the city”, he emphasized.

March 30 Battle Parade
Before the military and student parade, the President attended the honors to the heroes of the Battle of March 30.

The events began in the early morning hours with the National Flag raising the interpretation of the National Anthem and a tedeum officiated by the Metropolitan Archbishop of Santiago, Monsignor Freddy Bretón, in the Santiago Apostle Church.

The President, after leaving the religious temple, went immediately to the intersection of Hermanas Mirabal and Prolongación Presidente Antonio Guzmán avenues, where at 10:00 a.m., the ceremony began with the words of the provincial governor, Rosa Santos, and the President of the Permanent Commission of National Anniversaries, Juan Pablo Uribe. They agreed that the deed marked independence and national sovereignty thanks to these heroes and heroines.

After leaving the cathedral, the President led the civic-military parade on the 178th anniversary of the Battle of March 30, which took place on Las Carreras Avenue.

The President was received with a presidential salute, five flourishes, a 21 gun salute, and the interpretation of the National Anthem, honors typical of his investiture, with the participation of military troops of the Air Force, the Army the Navy in the civic and military parade.

Parade
While four super Tucano airplanes flew over the area where the military and at least 1,550 students from different public and private schools paraded.

Governor
Rosa Santos highlighted the courage, determination and patriotic unity of the Dominican troops in the face of the Haitian invader on March 30, 1844 to consolidate independence and to have a free, sovereign and independent Republic.

Events
Juan Pablo Uribe highlighted the work of the military, not only during the patriotic deed of March 30, but also at present, playing a transcendental role in preventing the COVID-19 pandemic in the country.