Dissatisfaction with new routes is due to the doubling of fares 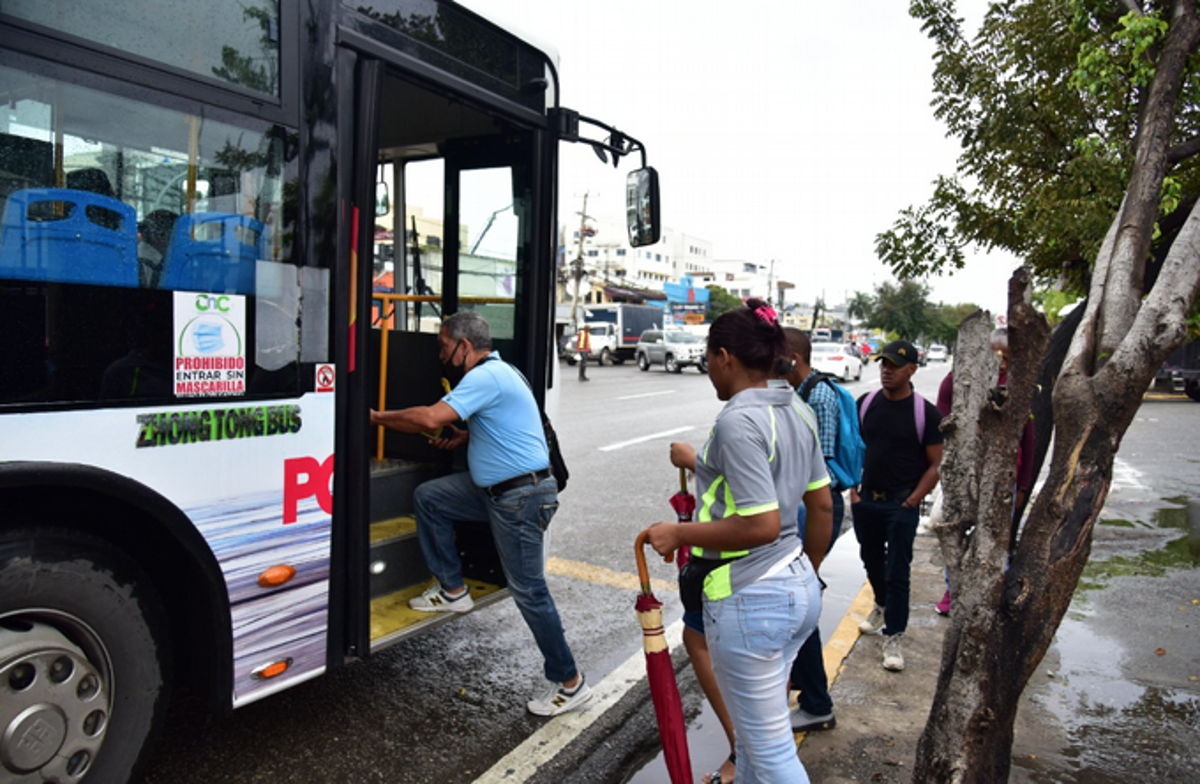 The buses are more comfortable, but the ticket is more expensive. JORGE MARTINEZ/LD

Passengers who previously used the state-owned OMSA paid 15 pesos; now, with the new private corridors, the cost is 35 pesos.

Santo Domingo, DR
The modernity and comfort of the buses that have been incorporated into the three corridors in the capital have won over a large part of the passengers. However, the price for traveling with them has deteriorated the acceptance they received.

A citizen must pay 35 pesos for each trip, which represents more than double the amount for the same distance in one of the state-owned Oficina Metropolitana de Servicios de Autobuses (OMSA) being displaced by the new routes of transport federations.

“Now we have to look where there is no money to pay 20 pesos more”, said Milagros Mejía, who assured that she had “a long time” using the OMSA to move from Los Ríos sector, where she lives, to Núñez de Cáceres Avenue, where she works.

Mejía indicated that the OMSA was “cheaper” and “faster” and that although now the Núñez de Cáceres Corridor operates in his place, he does not like to use it. “I liked my OMSA, you could fly there,” he added.

Like Mejía, others who were waiting for the bus at one of the stops expressed that “it takes too long to get through,” which causes them to arrive,” whichever workplaces.

Those present, who, in addition to the wait shared the annoyance reflected in their faces, revealed that although they must pay with integrated payment or credit cards, they are also allowed to pay with cash, but “they never have enough to make change.”

“If you pay with 50 they tell you they don’t have often and they keep the 50. They have to put at least one cashier,” Mejía said.

In the Charles
The same perception about costs was shared by Jhenibel Díaz, who is just getting used to the Charles de Gaulle Corridor.

For Diaz, the innovation sought with this type of transportation is “excellent,” but she recognized that now she would have to pay more. “I who work, now it is more difficult for me, but one has to move,” he said with resignation.

However, not everyone feels the same way; Iris Núñez considered that the 35 pesos are “a sacrifice that has to be made.” “On this route there are many pirates (referring to unregistered drivers) and now one will be safer,” she said.

In the Charles de Gaulle Corridor, there is not only the complaint about the fare that has not yet been paid for remaining free due to its inauguration, but the conflicts have not stopped as soon as it was informed of its incorporation into the private system.

Yesterday, the corridor drivers had to detour, take shortcuts or stay paralyzed in one of the control and fuel supply stations to avoid “problems” with the transport leaders of the displaced routes.

CORRIDORS
The Núñez de Cáceres Corridor was the first of the Urban Mobility Plan, inaugurated on February 27, 2021, to benefit more than 10,000 daily users. The second was the Winston Churchill Corridor, inaugurated last February 13, incorporating 47 new 90-passenger buses to improve mobility.