After hours of search, nothing is known of the Flying Fox yacht 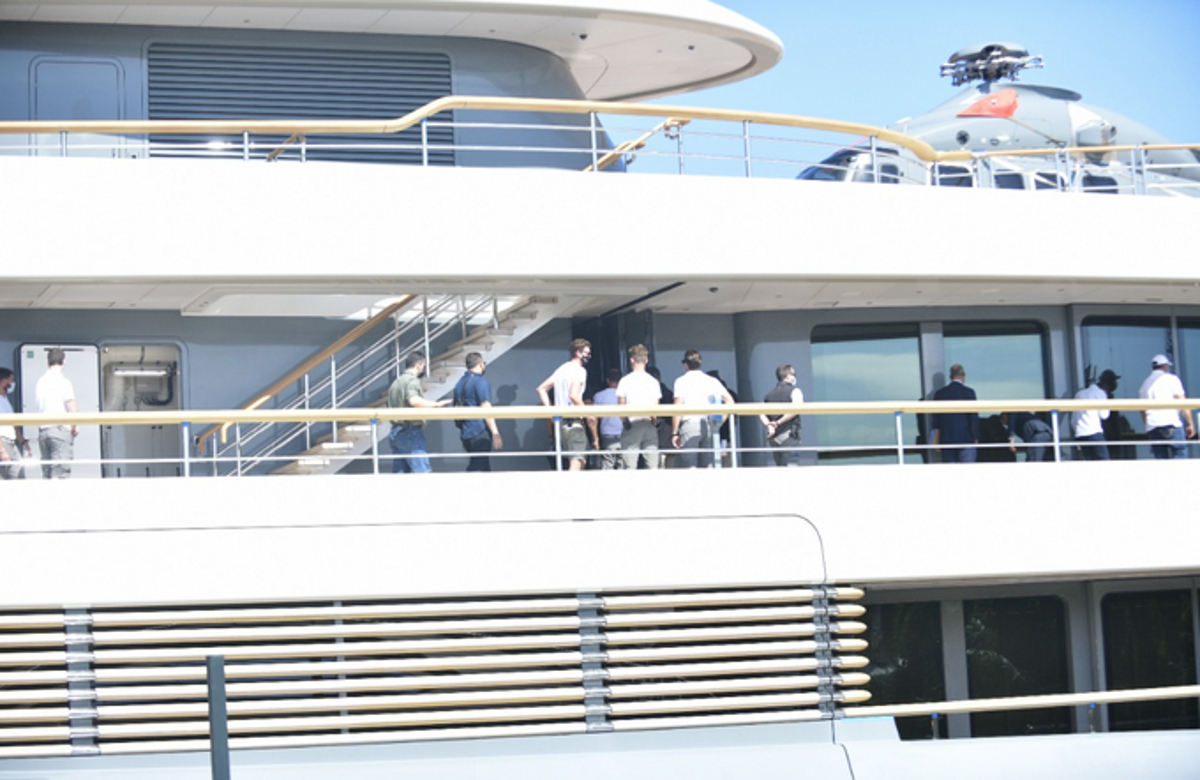 The luxury yacht anchored in the port of San Soucí was the subject of a search yesterday, but the authorities did not say what they found inside. JORGE MARTINEZ

Santo Domingo, DR
After several hours during the search of the luxury yacht Flying Fox in the port of San Souci, in the Dominican capital, neither the military forces nor the Public Prosecutor’s Office said if they found any evidence of money laundering or weapons inside the vessel.

It was also unclear what condition the motor vessel was left in the national territory, which was the object of a combined search by the Dominican military and prosecutors, plus personnel from the U.S. Homeland Security Investigations (HSI).

When the acting personnel was approached for more information regarding the Flying Fox, the most frequent words were: “That is confidential information,” or they claimed, “to have no information” on the subject.

The people dressed in black carrying zip bags, brushes, and firearms in their hands caught the attention of spectators, onlookers, and communicators. They approached different parts of the yacht and supposedly looked for evidence.

At some moments, it was possible to see in the distance how in a plastic basket, clothes and shoes that were inside the Flying Fox could be seen.

Those in the place were notoriously moving objects around and sometimes taking pictures, and on behalf of the yacht’s passengers, a person was acting as the group’s guide.

Nothing for the press
Several members of the press were verbally assaulted by the port security personnel, who said that the media “should not be present there,” and every time a national or foreigner left the marine terminal, they were forbidden to speak or respond to any intervention with the press by “superior orders.”

“You don’t have to say anything to them,” exclaimed a member of the security personnel, referring to the national press covering the incidents.

In order not to be identified by photographs, people boarding the yacht sometimes wore masks or dark glasses so as not to be fully seen.

Through the port fence, Dominican Navy personnel could be seen carrying long guns and around the luxury acquisition.

The Dominican authorities had declared that an investigation is being carried out on the vessel for alleged “money laundering and arms trafficking.”

Judicial authorization
“The requisition is carried out under authorization 0094-March-2022, issued by the Coordination of the Instruction Courts of the National District, on the afternoon of March 31 of this 2022,” according to the public prosecutor’s office.

The Public Prosecutor’s Office informed that it carried out the operation under formal legal cooperation with the United States of America and the international agreements of the fight against criminality and crime signed by the Dominican Republic.

The United States investigates
This order states that the Public Prosecutor’s Office requested to carry out the search since the United States has opened an investigation against several targets dedicated to laundering assets on an international scale.

On behalf of the U.S. government, U.S. Homeland Security Investigations (HSI) agents were inside the boat and were investigating the yacht.

Many citizens took out their cell phones or cameras and recorded or asked questions to journalists present from their vehicles.

Owner
The vessel belongs to Russian tycoon Dmitry Kamenshchik, who owns Moscow’s Domodedovo Airport in his home country. This yacht is one of the largest in the world and can accommodate 25 people.

After long hours of waiting outside the port, the national or international body has explained the yacht and the vessel’s condition in the country.

LEARN MORE
The yacht was searched on March 25
On March 25, agents of the U.S. Homeland Security Investigations (HSI) visited the yacht, which has been anchored in the port of Santo Domingo since March 21.

During their inspection visit, the U.S. agents were accompanied by officials from various Dominican agencies.

The “Flying Fox” is 136 meters long and has eleven cabins, a heliport, a 12-meter swimming pool, a two-story 400 square meter spa, a movie theater, and a professional diving center, among other facilities.

According to information on the concessionaire’s web page, the Imperial Yachts company rents the ship for a minimum rate of 3.5 million dollars per week.