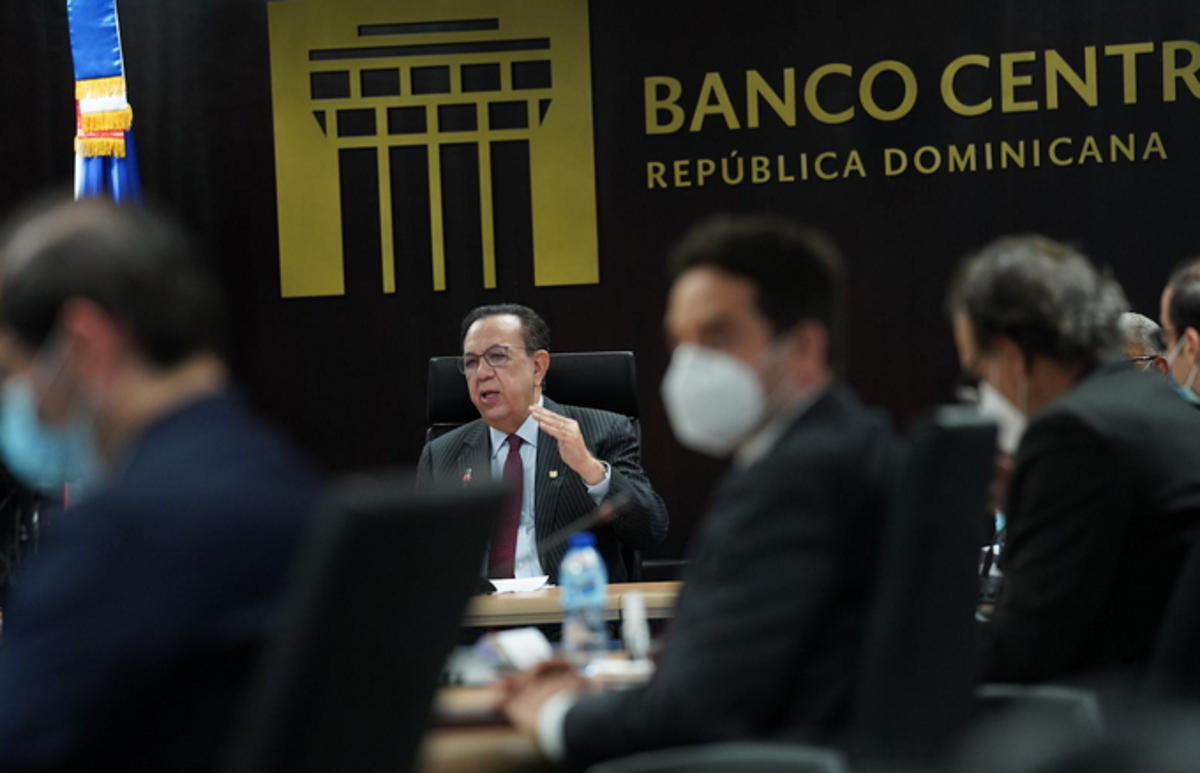 Amid so many contradictions and fuss about probable upheavals in the economy, the Central Bank has just struck a note of calm and caution, saying that the economy is in an excellent position to mitigate the adverse shocks of rising oil prices and the war Russia-Ukraine.

In its latest report, which analyzes the state of the national, world, and Latin American economies, the BCRD provides for an increase in its monetary policy interest rate by 50 basis points, going from 5% to 5.50% per year.

The Bank says that concerning the interest rate broker, the permanent facility rate for liquidity expansion (1-day repos) increases from 5.50% to 6% per year, and the interest-bearing deposit rate (Overnight) from 4.50% to 5.00% annual.

“This decision is based on an exhaustive evaluation of the behavior of the world economy, the greater persistence of inflationary pressures, and the increase in international uncertainty derived from the recent geopolitical conflicts,” affirms the BCRD.

He cites the more permanent than expected external shocks and the notable increase in oil prices, and the high costs of international container transport as factors that affect price dynamics.

“The BCRD forecasting system indicates that, in an active monetary policy scenario, inflation would gradually converge to the target range of 4% plus or minus 1% over the monetary policy horizon, but at a slower pace than expected.”

It adds that in addition to the monetary normalization policies, the fiscal measures being implemented to mitigate the increase in the prices of raw materials and the stability observed in the foreign exchange market are elements that would facilitate the convergence of inflation to the target.

The BCRD recalls that in the scenario mentioned above, it continues to implement measures to counteract external shocks on prices and contribute to the convergence of inflation to the target range in a context of high economic dynamism.

The Bank’s report speaks of the uncertainty that has been created in the international environment due to Russia’s invasion of Ukraine, in which context “the forecasts of Consensus Forecasts for world growth during this year continue to be revised downwards , until placing it at 3.8%”.

In the United States, our leading trading partner, growth prospects for this year have moderated, projecting an expansion of 3.3% according to the Consensus and 2.8% according to the Federal Reserve, says the BCRD. In addition, European reports say that inflation in Russia is running at 14%.

Domestic environment
The Central Bank notes that the recovery process of aggregate demand has taken hold in the domestic environment, resulting in real Gross Domestic Product (GDP) growth during 2021 of 12.3%, equivalent to an expansion of 4.7 % compared to 2019, before the pandemic.

“The good performance of the Dominican economy has been maintained during this year, registering an expansion of the Monthly Index of Economic Activity (IMAE) of 6.3% in January and 5.8% in February, for an accumulated growth of 6.0% during the first two months of 2022,” says the report.

He says that growth prospects have become more conservative due to the high uncertainty prevailing in the international environment and anticipates that the various rates of the IMAE for the coming months could be more moderate than those registered at the beginning of this year.

He argues that this is due to the statistical effect of the basis of comparison, particularly in the months of March, April, and May, which were the ones with the highest growth in the past year of the order of 10.6%, 47.1%, and 21.2%, respectively.

The BCRD points out that its forecast models indicate that growth for this year would be around 5.%, close to its potential, as contemplated in the most recent revision of the Monetary Program.

The dynamism of credit to the private sector in national currency is cited as it expanded above 12% in March; In terms of fiscal policy, “higher collections stand out in relation to what was estimated, which have provided the necessary space for the reactivation of capital spending and to apply measures aimed at mitigating the impact of higher international prices of raw materials on national production and households, especially the most vulnerable.”

Noting that the Dominican economy is in a position to mitigate adverse shocks, the BCRD ensures that international reserves remain at historically high levels, around US$14.4 billion, equivalent to 14% of GDP and 7.1 months of imports, exceeding the metrics recommended by the International Monetary Fund (IMF).

The zero-rate issue
Despite the optimistic forecasts made by the BCRD in its report, the week’s controversy focused on the approval in the Chamber of Deputies of a bill that levies a zero-rate tariff on various products of the basic family basket.

The zero rates come from the offer made by President Abinader in a recent speech that would reduce the prices of necessities by applying a zero rate to a series of primary lines, mostly imported.

This has been opposed by the opposition caucus in the Chamber and some business and industrial sectors who claim that before the bill is approved, the role of the countryside, industry, agribusiness, economic recovery, and the guarantee of supply in the crisis.

President Abinader authorized INESPRE to facilitate the purchase of essential products for the population every Thursday for RD$999 in supermarkets. Abinader also decided to issue a card called Supérate, which you can buy in retail stores for up to RD$1,500.

The government has gone ahead with its plan even though some people committed millions in fraud to the detriment of the public and the Social Subsidies Administrator (ADESS) in court cases.

Like every other Federal Reserve President, talking is stronger that real events and history. I guess using the right vocabulary during a pronouncement or meeting is the key to keep press from dramatizing the truth!