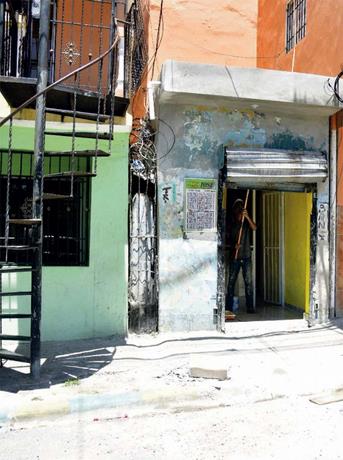 Santo Domingo, DR
From 6:00 to 7:00 in the morning and from 9:00 at night, residents in Pedro Brand close their doors and put their padlocks on to avoid becoming new victims of the crime that stalks them daily.

During these hours, anyone can become a target for the criminals who on wheels move the insecurity in the streets of the sectors that make up this municipality, especially in those bordering the Duarte highway.

According to residents, in the last week, young people, the elderly, and even minors have been assaulted, as was the case of the teenager Elvis José, 13 years old, who, while helping a neighbor to carry wood, was intercepted by two delinquents who wounded him with a knife to rob him of his cell phone.

Elvis Jose told Listin Diario, in the presence of his mother, Teolinda Martinez, who is still shocked and distressed, that one of the two men on a motorcycle dismounted, and the only thing he said to him was, “give me the cell phone!

The minor narrated that they did not even give him time to speak or make any movement and immediately stabbed him in the back and left buttock.

“When I saw the blood, I gave him the cell phone,” said the minor, now out of danger.

This fact, together with others that have marked the locality, keeps the anguish of the locals latent, who said that “anyone who stands on the track, they will be mugged.”

“There (pointing to the community entrance), you can’t stop there with a cell phone in your hand or whatever. So they take everything from you,” said José Burgos, who has lived in Pedro Brand for approximately 45 years.

Luis Reinoso, who has lived in the area for 30 years, said that they could not even go out to exercise because those who do go out “come back with nothing.”

It is painful
For his part, Antonio Pujols, president of the motor park “Kimberly’s little park,” said that “everyone has been in a state of shock for the last two months.”

“This is sad, this is really sad here. It’s terrible,” he said.

Pujols explained that during the week, “an elderly lady” was going to the doctor and was mugged while walking to take public transportation.

Likewise, he described that about 15 days ago, “an individual” went to ask for a motoconcho and told him: “come take me there,” Later on, the accomplices were waiting for them.

“They are such executioners that when he was pulled from the motorbike, they grabbed him from behind, by the grill, and knocked him down to steal the bike,” narrated the representative of the motorcyclists while revealing that there are groups of five and six malefactors who are dedicated to these types of crimes.

Patrolling
Those consulted acknowledged that the active members of the National Police patrol the area, but “they only pass by once so that they can be seen.”

They also added that the police supervision of Pedro Brand “does not take care of those who come from work.”

“The problem with the patrols here is that when they have to send them, they don’t send them; when they do send them you know… they don’t act as they should act,” said one of the interviewees.

May you continue enjoying your beautiful democracy! The one that critiques others!