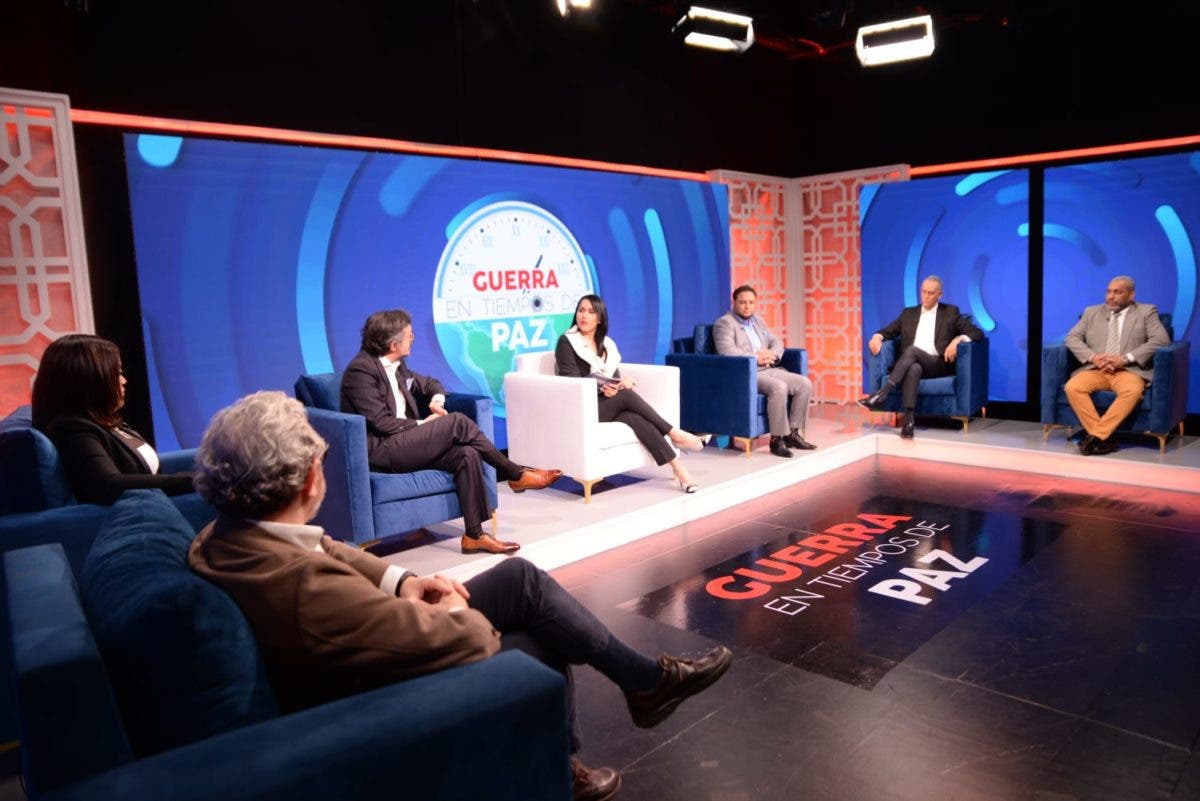 Six national analysts agreed that the War between Russia and Ukraine falls on a geopolitical, historical, and interest issue, which has claimed the lives of thousands of civilians and military of both nations more than a month after the beginning of the war.

In the panel “War in time of peace,” moderated by the journalist Lorenny Solano, participated outstanding experts and intellectuals: Guarocuya Félix, Giovanni Báez, Alfredo de la Cruz, Mariet Espinal, Manolo Pichardo, and Manuel Cruz, who also analyzed how the invasion of Russia in Ukraine will have an impact on the Dominican Republic.

During the discussion, the panelists agreed that the war conflict that is currently developing between these two strategic countries in the input markets could generate, in one way or another, highly adverse effects in the country, such as the increase in the prices of fuels and other goods and services, in addition, it could harm the recovery of tourism.

For the political scientist and engineer Alfredo De La Cruz, the crisis began with a situation that had to do with the interests of the actors involved, who were somehow affected when the Soviet Union disintegrated. But unfortunately, the West did not know how to give answers in its proper context to these demands, and now the problem has spread to this point.

According to the opinion of Dr. Guarocuya Félix, this conflict will seriously affect the Dominican Republic, which will not be exempt from experiencing a series of economic alterations, given that economists call this transmission mechanism, that is, an economy like the Russian one has control of an essential part of elements that are fundamental for the functioning of the dynamism of the world, based on food or fuel.

“For example, both Russia and Ukraine contribute about 26% of all cereal consumed globally, so that impacts food wrecks as the issue of energy prices,” he explained.

In her dissertation, Professor Mariet Espinal pointed out that factors prevent the world from going to a third war. He cited that world society would not accept an international armed conflict led by the United States or the West. “The world is just recovering from a pandemic that we know the results have been catastrophic in economic terms, human loss, and everything else.”

The criteria of Mr. Manolo Pichardo establish that what happens is that the current situation between Russia and Ukraine could have been avoided with negotiation at the diplomatic level, more effective and taking the problem of the West seriously. “What Russia wanted was respect; no country will allow for reasons of survival to be cornered and put missiles aimed at its territory,” he said.

Dr. Giovanni Baez pointed out that NATO has been relatively weak since it has lacked to tighten and set limits, “I do not think we are going to a third world war, but if those limits are not put, we could expect an escalation in violence,” he said when explaining that they are flattening Ukraine, no matter if the Zelensky government collapses, in the end, they are left with a destroyed state and an economy that may be inoperative for a long time.

While Manuel Cruz understands that the Secretary-General of the United Nations has tried to mediate the conflict, he does not want to mix his interests, as is that of re-election. Therefore, he said he has tried not to have the objection of any permanent counselor to stay at the center. “We want peace, we want harmony, but I don’t confront you,” he said that is the role that the UN should be putting together at the moment.

For his part, Lorenny Solano, who served as the guiding thread of this debate, said that today the population of Ukraine is facing a painful human rights crisis because people are dying, even minors and that the lives of thousands are in danger.

“Unfortunately this is not the only conflict that humanity is going through and we do not see all the conflicts because they have not been mediated in the same magnitude, but it hurts, because they are human beings and that we would not want to continue expanding. Hopefully this conflict between Russia and Ukraine can cease, that there will be a ceasefire because it suits the whole planet.”

good maybe the GOV can train young women in school vs. serving drinking at hotels?