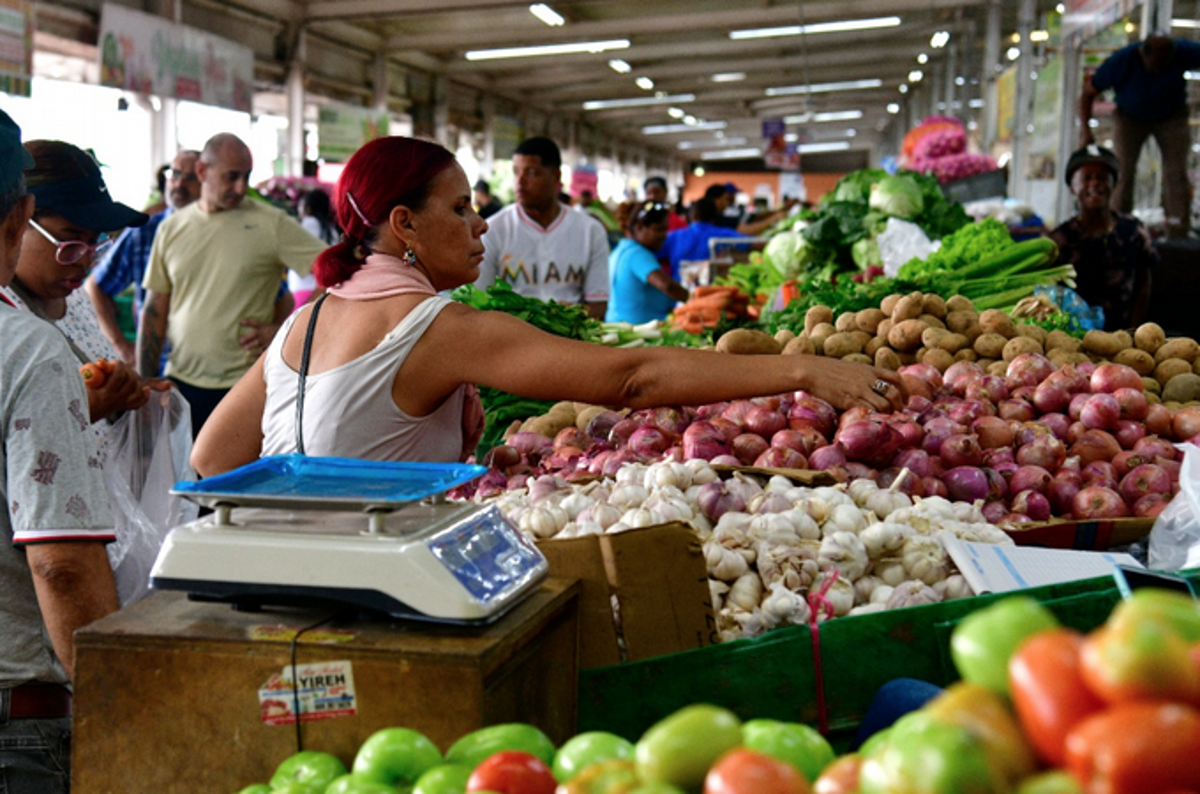 A tour through several markets and grocery stores in Greater Santo Domingo allowed us to observe closely and establish that the increase of several agricultural products has caused a decrease in the purchase of food.

One of the most constant complaints among the vendors has been the 17% increase in cooking oil, 5% in rice, and 200 pesos for a sack of onions.

Nobody puts controls in place.
“Yes, there is no control on prices; the government has not shown control of the situation. Everything is expensive; how can you sell cheaply to a customer if it is twice as expensive for you. Here everything talks, and that’s it,” said Nurys Ramírez, a merchant.

Other shopkeepers like Ramírez showed concern for the excessive increase in food prices.

“Even if I don’t want to, so I don’t have to close my stand, I have to raise my prices; look, I have 35 pesos a pound for onions,” she said.

Nicole Betances, a housewife who works as a customer service personnel, said that her salary is enough to make a “decent purchase,” and today, she considers eating an avocado “a luxury.”

“With the inflation, one does not live; one survives,” she said. “Everything is extremely expensive; I have stopped buying avocado; 75 pesos (it costs) an avocado, I never thought I would see that; that is for the rich,” said Nicole.

Meanwhile, William, owner of the grocery store “El baratero 13,” said that eggs are getting very expensive, but being one of the products the public consumes the most, he tries to sell them to his customers at a “feasible” price.

“Eggs cost me 6.5 pesos per egg; in order not to sell them at 8 or 9 pesos, I sell them at two for 15 pesos because, although I earn little, people are looking for that,” said William Acosta.

Measure on tariffs
In the same line, when asked about the measure to apply zero rates to tariffs, they disagreed because, according to them, “this affects production at the national level.”

If it hurts, don’t do it.
Angel Lopez, who works at the Mercado Modelo, says that “as long as it does not harm national production, this could be implemented, but if it is going to harm, it is better not to do it.”

“People are buying less; there is less money; just today I went to buy oil, and it went up; a person who is used to buying a gallon will now buy half a gallon, with rice the same thing happened. However, I still do not understand how local rice costs much more than exported rice,” questioned López.

Most merchants are unaware of the law’s approval that imposes a zero rate in the customs tariff for products of the basic family basket.

A FACT
This means
The tariff is the official rate established in a country, which determines the duties to be paid in various areas, such as legal costs, rail transport, or customs.