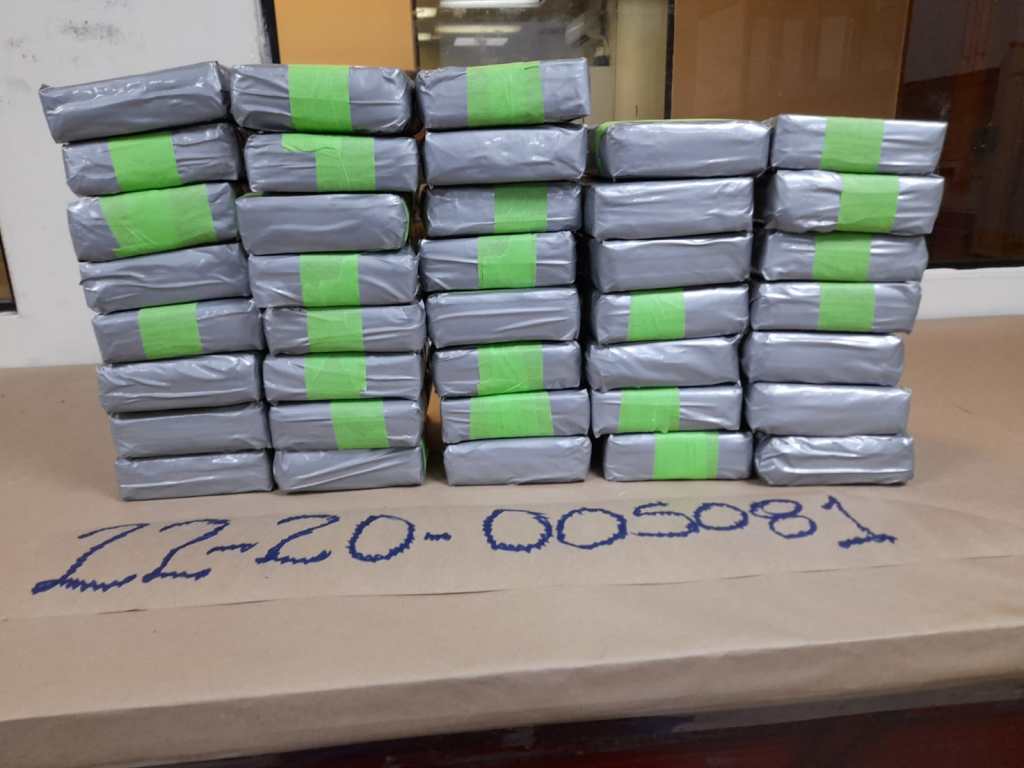 Agents from the National Drug Control Directorate (DNCD), in coordination with the Public Ministry, seized 38 packages of cocaine amid a surveillance and interdiction operation carried out on the Northeast highway (Juan Pablo ll), Santo municipality Sunday East.

According to intelligence reports, the anti-narcotics agents followed up on a drug trafficking network dedicated to transporting drugs in heated vehicles from Santo Domingo to other parts of the country.

Subsequently, the occupants of a Suzuki SUV, license plate G-505148, were intercepted near the Naranjal toll. A secret compartment was detected in the rear, under the third row of vehicle seats upon inspection.

Then, and in the presence of a deputy prosecutor, the compartment was completely opened. The 38 packages were seized, with a total weight of 39.16 kilograms of cocaine, according to the National Institute of Forensic Sciences (Inacif).

For the case, the authorities arrested a man and a woman of 38 and 34 years, respectively, who were handed over to the Public Ministry to learn coercive measures in the next few hours.

The detainees seized three cell phones, a magazine for a nine-millimeter caliber pistol, and personal documents, among other evidence.