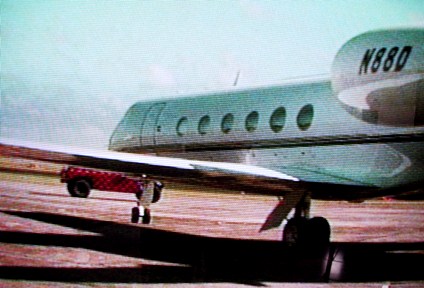 Santo Domingo.- From the private plane in which 200 packages of cocaine were seized prior to its takeoff last Tuesday at the Punta Cana airport bound for Canada, it would have made at least 14 flights to and from the Dominican Republic between the months of January and so far in April.

According to the flight history of the Mitsubishi CRJ-100ER aircraft, registration C-FWRR, to which EL DÍA had access through the records of the FlightAware flight tracking platform, it last arrived in the country on March 31, at 6:37 pm., from Toronto, Canada.

During the month of February, the aircraft, owned by Pivot Airlines, arrived in the country at the La Romana airport on Tuesday the 15th at 6:00 a.m. m., to leave three days later, that is, on Friday the 18th at 11:59 a.m. m., bound for Toronto.

The largest number of flights made by the aforementioned aircraft was recorded in January, the month in which it made 10 trips from the Las Américas International Airport (AILA) to the airport located on Providenciales Island, belonging to the Turks and Caicos Islands, three consecutive days

This is a small Canadian charter airline with few aircraft. It would not be unusual for the Dominican government to seize the plane because of the illegal cargo it contained. If it is seized more than likely it would be the end of the company.

The title is false, the photo is not even of Pivot’s jet and the article makes assumptions. Tell the new reporter that wrote this it always helps to add a fact or two.