CAASD will plug the holes in the streets of the Capital 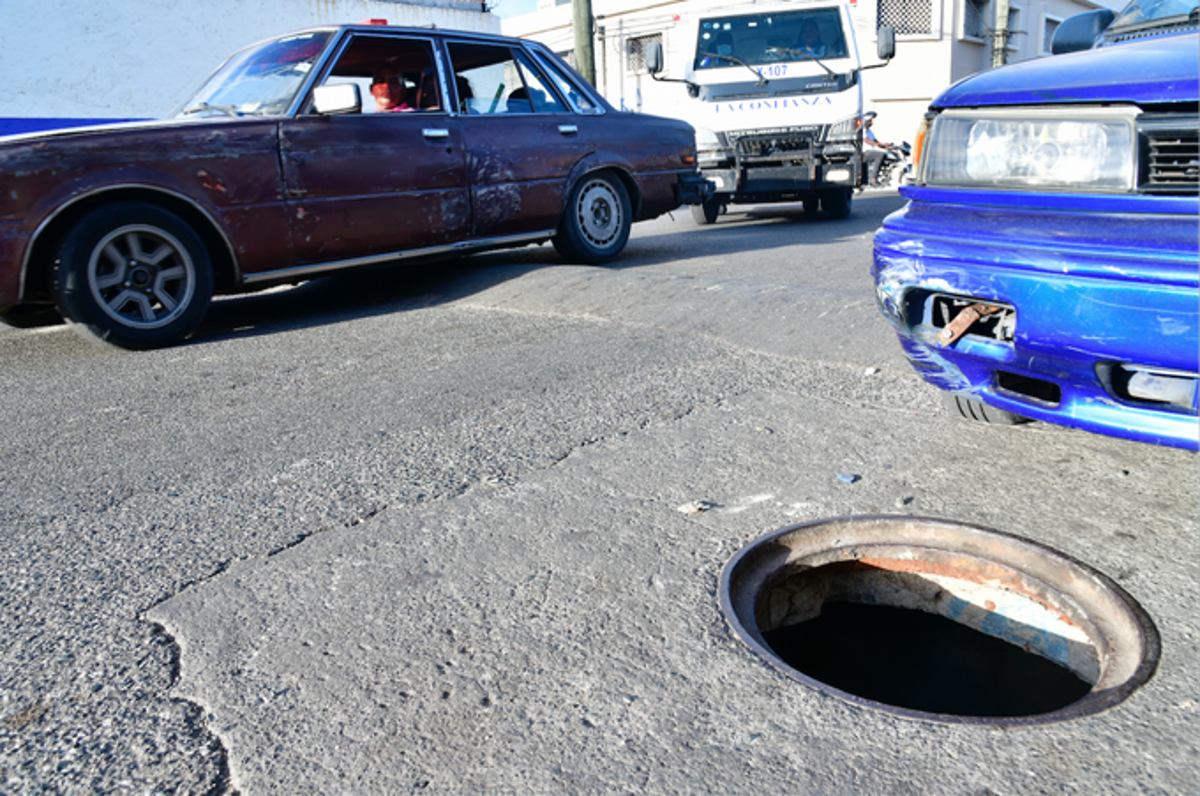 In the streets and avenues of the capital there are hundreds of open scuppers that endanger people and vehicles when traveling at night or in the rain. JORGE CRUZ/LD

Today, the discovered unfunctional sewers and scuppers in the capital, whose purpose has always been to drain rainwater and sewage to displace it through conduits, are a stumbling block for those on foot and a hard blow for those on wheels.

Faced with these “bad years,” the Santo Domingo Aqueduct and Sewer Corporation (CAASD) plans to tender some 100 caps to start a replacement process in areas that they defined as “critical areas.”

Engineer Luis Salcedo, in charge of the CAASD operations department, explained to Listin Diario that knowing the danger of having open sewers and the multiple accidents caused by the problem, they are “looking for other alternatives.”

“We don’t do anything with investing resources that in two or three weeks they are going to be stolen and we are going to have the same problem,” he said.

Salcedo pointed out that there are people who engage in acts of vandalism, and while the CAASD carries out cap replacement programs on the one hand, on the other, they are being stolen.

In this sense, he called on the population to exercise responsible citizenship and denounce the thefts.

Plastic
caps Regarding the replacement mentioned above and the replacement project, the engineer explained that they would test a type of cap made of high-density polyethylene.

“It is a plastic product that does not have any type of commercial value,” he specified.

The CAASD official also stressed that this plan also contemplates equipping the new covers with a security system to prevent them from being lifted.

Salcedo announced that they have already carried out tests with the alternative to replace the current caps. As a result, they are already collecting the most urgently required amount to make the purchase process.

He explained that these first 100 caps would be placed in the most vulnerable areas to cause problems for citizens, based on the reports they receive.

“We know the implications it has, the accidents it has caused, we are aware of that, but we are working to resolve it definitively,” he said while clarifying that not all open records are from the CAASD and tend to be confused with those that are the responsibility of the mayors.

Engineer Salcedo, who highlighted the work of Listín Diario for expressing concern that he said the head of the institution, Felipe Antonio (Fellito) Suberví, shares, pointed out that the tender will be for only 100 to “quickly” attend to the most critical points, among those who mentioned Quinto Centenario and Abraham Lincoln avenues.

The complaint.
In its edition last Wednesday, Lsitin Diario outlined in a report the danger posed by the number of holes that remain open in the streets and sidewalks of essential roads in the capital due to the lack of covers and grills in the scuppers. The issue also deserved the editorial “A leaky capital,” where the problem was raised and appealed to the authorities to correct the situation.

A tender for 100 covers is an offense to the public. It is unconcerned. The tender should be in the thousands. Only long established companies should participate.