Group of deputies conceals their assets 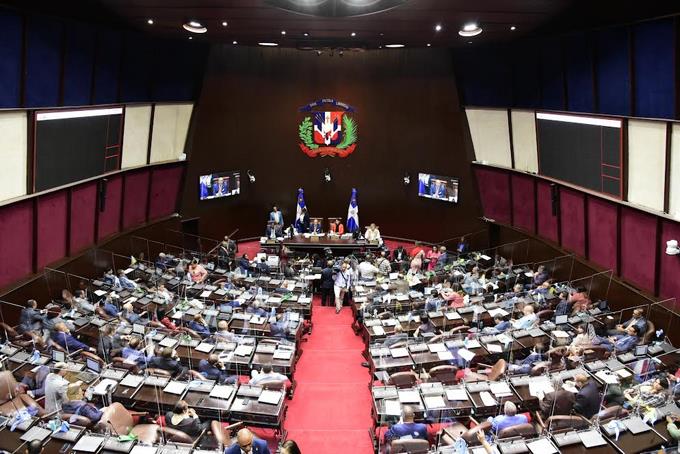 In the Chamber of Deputies there are legislators who have not yet disclosed their assets, despite their function of overseeing public institutions. LISTÍN DIARIO

Santo Domingo, DR
After 600 days in office, a number of legislators of the Lower House have preferred to “hide” their assets for no apparent reason.

Being a legislator is a position with multiple benefits, but with rules to follow in order to access or maintain them. One of them is the presentation of the sworn statement of net worth (DJP), a mandatory action by law that must be complied with at the beginning and the end of their term of office.

However, four deputies have chosen to disregard the provisions of Law 311-14 on Sworn Statement of Net Worth and keep hidden their assets, companies, bank accounts, and debts, among other details that must be included in the document to be submitted.

The four appear in the last update of the “List of identified elected officials who have not presented their DJP” published by the Chamber of Accounts.

But these four are not the only ones, at least in the current legislative train, since some six legislators of the Lower House who were reelected for the period 2020-2024 have not wanted to update their DJP.

Beyond the fact that these are deputies who are currently active, the list shown by the Chamber of Accounts also includes 92 names of legislators who previously held office and upon leaving did not comply with Law 311-14.

What are they hiding?
What reasons do these deputies have for not presenting their sworn statements or not wanting to show them?

Although the sworn statements of the first four legislators mentioned do not exist, by placing their names in digital search engines, one can find different links.

The website Open Corporate, which contains the largest open database of companies in the world, indicates that under the name of Congressman Geraldo Antonio Concepción Vargas, there is a company registered under the name “Fundación Luz y Cielo Funluci,” information that is confirmed in the records of the National Office of Industrial Property (Onapi).

Lourdes Aybar, who replaced her husband in the last legislative period after he was appointed as ambassador to Turkey, also did not present her sworn statement, for which she has several years in default.

In the name of the legislator Dulce Mercedes Quiñones appears a company that, according to the website, is no longer active and was called “SERFIR.”

In the case of Congressman José Miguel Cabrera, an old biography of him kept in the archives of the Chamber of Deputies indicates that he is the founder of three companies: Promotora e inmobiliaria Lazula and a mining company named Diconcisa.

On the other hand, the deputies Sergio Moya and Héctor Darío Féliz, who are pending to renew their sworn statements, are linked to the justice system.

ACCUSATION
In the case of Moya, known as “Gory”, he was accused in July 1998 by the National Drug Control Directorate (DNCD) of laundering some 300 million dollars together with 14 other persons, but two years later he was discharged for “insufficient evidence.”

Pirrín was implicated in Operation Falcón for allegedly using his status as a legislator to help Juan Maldonado, former director of Comunidad Digna and one of the main defendants in the case.

They all should be fined for each day they do not declare their assets. The politicians in office should be removed, or at least not to be on committees, and not be able to vote on referendums.

They are hiding the sources of their assets. It does not bode well for them.

That is what you call a bana n a REPUBLIC…….SHAMEFUL.

They should be removed from their post immediately……make an example out of them.

No wonder the common citizens doesn’t respect the law .