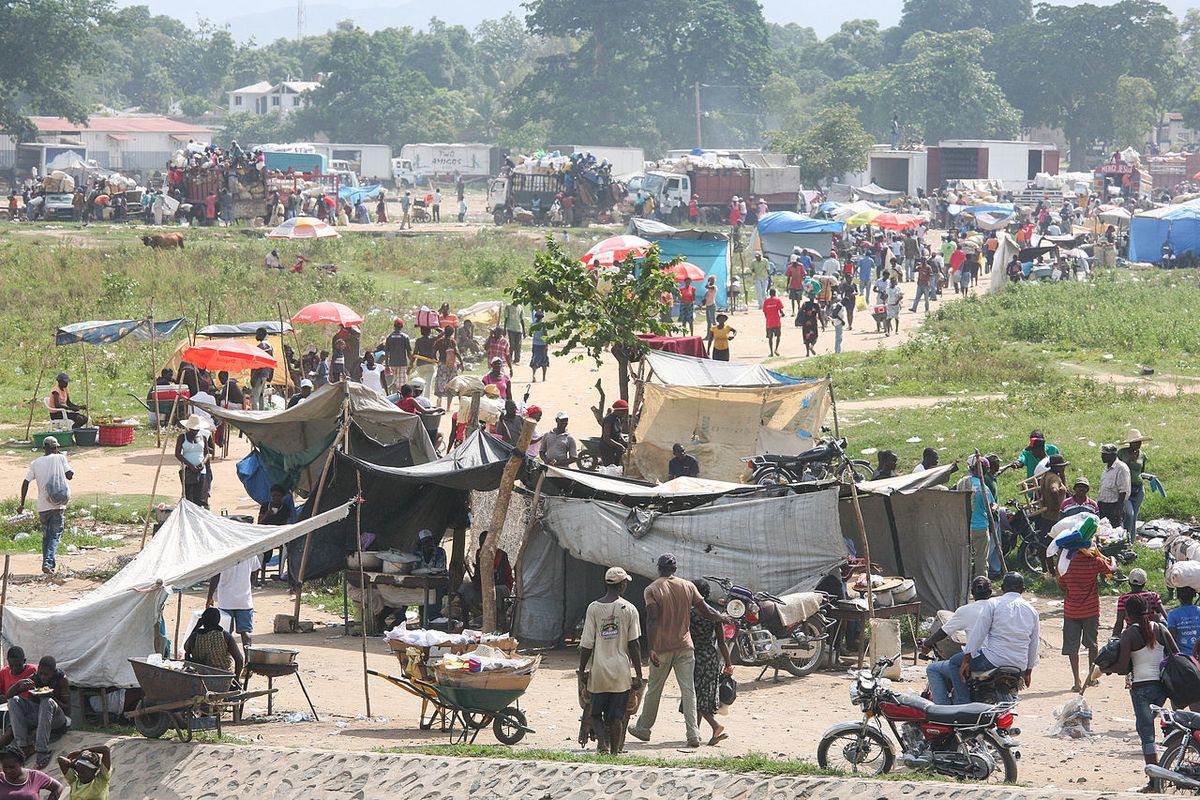 The participation of illegal Haitians in jobs in the country has been increasing.

There are no areas that have not been affected by this phenomenon.

From traditional, such as the sugar industry, agriculture, and construction, they have extended their presence to public transportation, street sales, domestic service, security companies, hotels, and an endless number of informal trades.

Although there is a regulation in the Labor Code (article 135) that establishes a quota of 20 percent of the jobs in formal companies for legal foreigners, this is not complied with.

And precisely, this is a challenge that President Luis Abinader promised to face when he proclaimed that jobs, primarily, should be for Dominicans.

In support of this legal predicament, the National Confederation of Transportation Organizations (CONATRA) has ordered its unions, federations, and companies not to allow illegal Haitians to be employed on their routes, much less to allow them to use them.

CONATRA is exercising an attribute that should be observed by the rest of the formal companies in the country if we genuinely want to reestablish the value that the migration law and the Labor Code itself have to regulate the entrance and permanence of foreigners on our soil.

It is a restorative measure since numerous cases have been reported of Haitian drivers or motoconchistas, primarily illegal, operating public transportation routes in rented or purchased vehicles without documents.

This massive presence of illegal Haitians is stirring up the spirits of many Dominicans and entities of society, who frequently protest against the misconduct or involvement of these immigrants in criminal acts in the face of the apparent negligence of the authorities responsible for enforcing the laws.

We cannot allow society to become fed up with this problem and then opt for drastic solutions if the authorities continue to be incapable of achieving it by the simple means of the law and the will of those in power.

The government has to go after the companies that illegally hire Haitians above the quota.

A significant fraction of them come and survive by whatever means (no formal hiring) and stay with their children attending Dominican schools. The solution is purging the interior and seal the border because the neighboring country with 11.6 million people are birthing 262,000 people a year and that pace, they will saturate the island with their people! It is done intentionally!

“From traditional, such as the sugar industry, agriculture, and construction…”
The elephant in the room: Dominicans are lazy

You are so racist.. It’s like generalizing an entire group…. you must be anti-Dominican… the problem has always been that Dominican Republic has a society that values family values, education, family, etc.. ppl don’t go having 4-7 children without not being able to feed them unlike many other groups of non nationals that have arrived to the country and do not follow any rules and regulations of the country… counties have laws… if we don’t obey then will will forever live like the world is a jungle….

The bible says be fruitful and multiply. You see, the most important thing that you can do is understand why these people have so many children. Number one, most of them, as adults have no other entertainment other than sex. Truly, if you can pay Dominicans enough to go out on the weekends to the Cinema and Pizza Hut and etc etc, many of these people who are severely underpaid by the Dominicans only have sexual entertainment to keep them occupied. Also, the having children thing has long been a strategy in lieu of welfare. In the US, we have safety nets in the form of Social Security monthly payments when we reach a certain age and until death. They have no such welfare system in Haiti; and therefore, they depend on the generosities of their children during their golden years. I saw a documentary of a woman living in Haiti (ex-Maid) who receives 1,200$ a month from her six children who all work somewhere in Canada. Each month she receives 200$/child. The more kids, the better your chances of being provided for.

The real “Elephant in the Room” is that company bosses are more willing to hire cheaper foreign labor than the citizens of their own country. It’s a problem in many developed/developing countries around the world and it’s causing wages to stagnate whilst the company owners reap ever increasing paybacks.

It’s a tactic use to destroy countries, to push in million of illegals to take over the job markets by doing the work for less than have of what it actually should pay. This is why DR should deport ALL illegal Haitians along with the foreigners that are pro Haiti, but enjoy our country, back to Haiti. Get out of DR or don’t come back.:p

The displacement continue at the speed of water steam. Besides taking land, resources, and disrupting social life, their biggest threat is when they gain political power as foreign countries pressure DR to legalize these invaders. DR continue to allow the injection of foreigners into DR at all levels of DR society (recently, DR offered 1,200 student visas to people from the next door country).
The country is becoming a satellite of the next door country. We can’t trade our nationalistic survival for economic convenience brought by the cheap labor of foreigners.

You’re crazy! Did you fall on your head as a baby? The great Haitian plan to take over the DR with people who spend 90% of what they make eating out of colmados. Yes, the great takeover plan only exists in your conspiracy filled mind. Get the shotguns and the lanterns boys!!! We’ll smoke em out!

I agree majority of the Haitians don’t make nearly enough to even send a dime back home, we should be more concerned about Europeans and Americans buying all our land and leaving us without a proper beach to even shower in .., but that doesn’t take away from the fact that the country is losing its identity..
you barely see mix racial people … every ones black and this is not a racial thing is a cultural matter if we don’t stop this now by 2050 the Dominican culture and identity will be gone in every Dominican family including mines they’re is always 1 or 2 dark skin Dominicans and 1 or 2 white . I embrace my African roots 100% even more than my white and taino roots by a lot . But remember It ain’t about race. global disasters / pandemics are just beginning and these small countries who are super poor and lack public infrastructure will suffer alot including the Dominican Republic hurricanes are only getting stronger alot of these small islands will suffer and unfortunately due to the lack of resources we have we can’t feed and care for 21+ million people in la hispañola we can barely care for our own and here is our neighbor the poorest and most overpopulated country in our hemisphere… what do you think is gonna happen … think the Haitians are gonna starve hell no I WOULDNT so what they gonna do ? They don’t have a choice the whole America is anti Haiti … they can only look towards our country and that makes them a huge threat global warming will devastate Haiti completely and I hope in gods name the international community will get on this asap I doubt it

DT reported that Santiago was leading in development. DT should tell us if Haitians are surging in Santiago. If they are then like I said, your wall won’t be worth a damn. Big business controls the country including immigration services.

In Veron Punta Cana the Haitian control the moto-taxis and don’t allow Dominicans to work on that area. The government will have to take drastic action to take the country back.

And they breed and multiply rapidly. The average Haitian women have 5 to 7 kids. This is all a tactic to replace the national labor with the illegals.