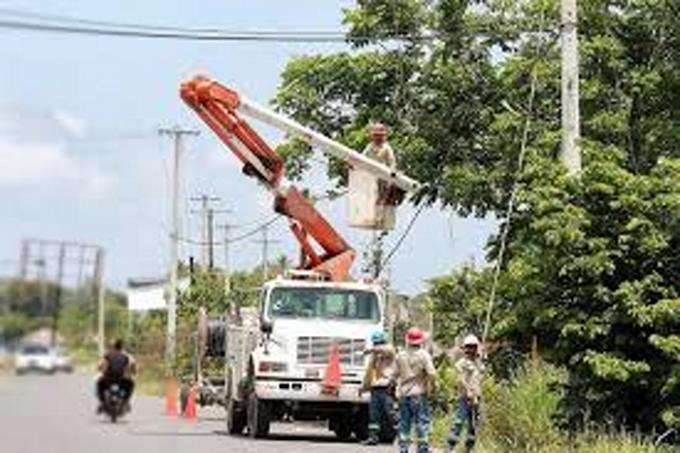 Given the lack of energy generation in Unit 1 of the Punta Catalina Thermoelectric Power Plant and the complaints of blackouts, especially among the users of the Edeeste distributor, in the National Interconnected Electric System (SENI), it is indicated that 21% of the demand is being covered with fuel oil, which has contributed to improving the energy supply.

According to the Coordinating Body of the National Interconnected Electric System (OCC/SENI), 99% of the demand was supplied.

Spokesperson for the Edes
The executive vice president of the Electricity Distribution Companies (Edes), Andrés Astacio, confirmed these data and revealed that more expensive fuels such as fuel oil would mean an expense to the Government this week of approximately RD$2,000 million.

“It’s getting expensive,” said Astacio, emphasizing that the departure of Catalina 1 had to be compensated for. In addition to the fact that last week there were two events, such as the departure of the Invivienda substation, which was out for about 16 hours and that time affected the users of Edeeste, especially the residents around the San Isidro highway, in Santo Domingo Este.

Another event was a failure of the generator AES Andrés this Tuesday, which kept its average generation of 300 megabytes low. Astacio assured that so far, there is no shortage of fuel. However, he acknowledges that it is “day-to-day” due to the increase in the supply of the European Union outside its traditional markets and the Russian war.

He indicated that the electrical service is a very sensitive issue. Astacio maintained that last week’s rains caused the Invivienda substation to take users in the province of Santo Domingo Este offline.

The power not served (interruptions-blackouts) was at that time 221.51 megawatts. Punta Catalina Unit 2 maintained a supply of 357.22 megawatts.

The energy supply is above the demand, as explained by the energy generators, and the availability is registered in the OC/SENI. Still, given the system’s complexity, energy is lost due to technical issues, especially in the rainy season, as occurred last week at the Edeeste concessionaire, and for other reasons, as happened the previous week at Edenorte.

Currently, energy costs are being assumed in part by the Government, not drastically to affect users.

From the 1st to the 7th of this month
From April 1st to April 7th, the National Interconnected Electric System (SENI) available energy exceeded the supplied demand by 16%. “The latter is the electricity consumed in the system, which had an accumulated value of about 429 GWh.

Energy offer
In the system, there was an accumulated reserve of about 65 GWh. Reserve is understood as the available energy supply and is not required by the system,” explained the Dominican Association of the Electric Industry (ADIE).

16% above
The entity that brings together power generators in the private sector ensures that the available energy is above the supplied demand by 16%, representing 485 GWh. In other words, the electricity generating companies were willing to generate 16% more power than was requested, said the ADIE, regarding a concern about the blackouts registered in the last month in the Edenorte concessionaires and then in the Edeeast.

The government has to invest in more green energy and grid infrastructure improvements to overcome the consistent blackouts that plague the country. One of these improvements would be battery reserves for solar power and as backup to the grid during high demand for power.

Placement of these reserve batteries would be best suited in and for rural areas when there is a short disruption of grid supplied energy.