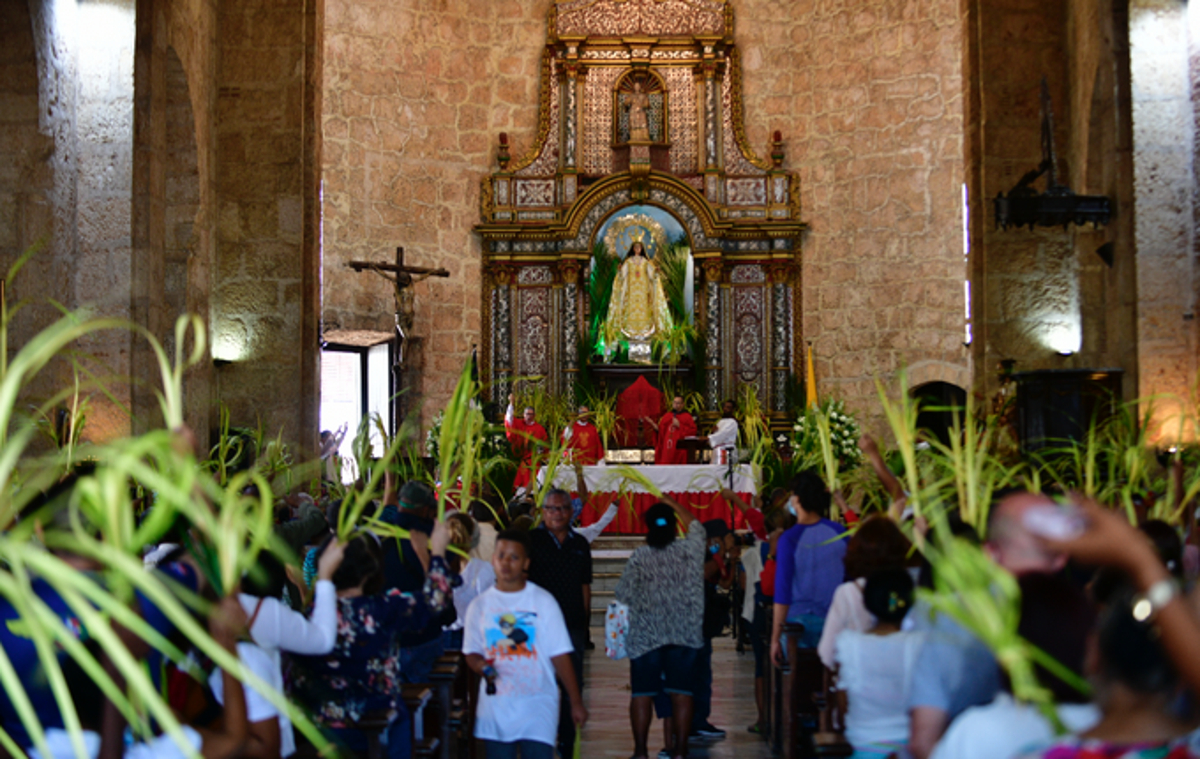 Masses and other religious events have begun to take place on the occasion of the Holy Week. VICTOR RAMIREZ

Thousands of Catholic believers throughout the country celebrated the triumphal entry of Jesus into Jerusalem since the early hours of yesterday morning, a biblical episode that the Catholic Church calls “Palm Sunday,” which marks the beginning of Holy Week.

During Palm Sunday, the faithful from all over the world recreate the arrival of Jesus in the Holy City with processions in their respective communities to commemorate his Passion, Death, and Resurrection in the following days.

“While Jesus was entering the Sacred City, the people with palms, with branches, proclaimed and said: ‘Blessed is he who comes in the name of the Lord, Hosanna in heaven,’ that is why we commemorate this feast with the palm, the palm that means victory, that is why now we are going to walk acclaiming Jesus asking,” narrated Fray Frankly Rodríguez, parish priest of the Nuestra Señora de las Mercedes temple, in this capital.

With these words of the priest, at 10:00 AM, the walk was undertaken where the consecrated ones raised their hands with the blessed bouquets and were accompanied by men who pretended to be members of the Roman Guard.

Once the journey was over, they began the celebration of the Eucharist, where during the sermon, Father Rodríguez explained that there were other days to party.

“There are 52 weeks in the year, because we have to take this week to go to a party, to a beach, to a tea party, no, gentlemen, go another week, let’s live these seven days in recollection.”

Roman catholics… not catholics… be specific… don’t offend people with your lack of knowledge… who’s writing these articles?!… three y/o?