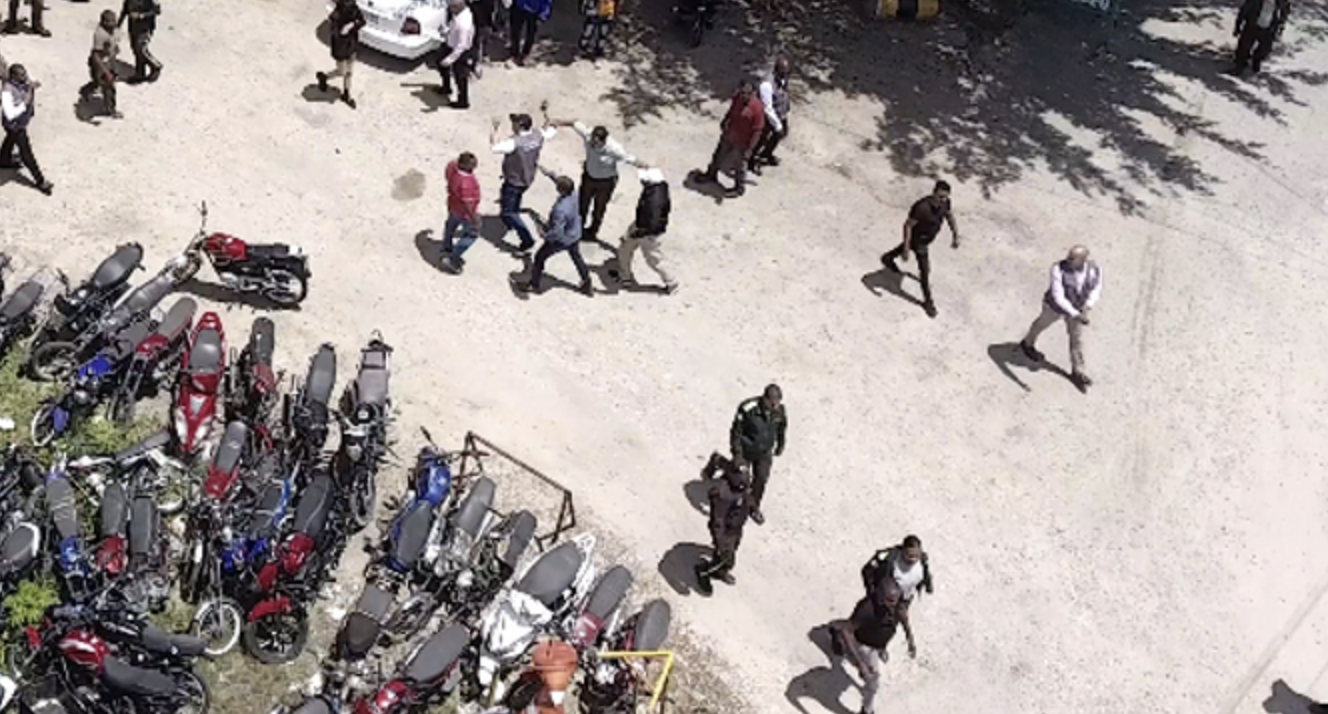 Santo Domingo, DR
One day after registering one of the most shameful chapters of the General Directorate of Transit Security and Land Transportation (Digesett), the institution has still not returned the equipment illegally withheld from journalists of Listin Diario by agents of that entity.

On Monday, the question occurred when the Ombudsman, Pablo Ulloa, went to the Canódromo, located at the intersection of República de Colombia and Monumental avenues, to inspect several reports made this newspaper about the place.

However, even though he was performing his duties, Ulloa was denied entry, unleashing an altercation in which members of the press and the Ombudsman’s office were physically assaulted, and several work tools and personal instruments of the assaulted were appropriated.

Specifically, Digesett agents took the camera of photojournalist Raúl Asencio and his smartwatch; a cell phone used by journalist Lourdes Aponte; and the camera of CDN cameraman Víctor Olivo.

In the face of these transgressions by “law enforcement agents,” the entity to which they belong limited itself to issuing a short communiqué in which they “regretted” the incident, but where they also tried to justify the fact that they denied entry to the Canódromo to Ulloa, alleging that “there was no prior notification” of their inspection.

However, the above is irrelevant since Law 19-01, which institutes the Ombudsman, empowers its director to inspect any public office without prior notice.

“The Ombudsman or his deputies may inspect public offices and those entities providing public services, without prior notice, and require from them all the documents and information necessary to carry out their work, which will be provided free of charge,” reads part of that document.