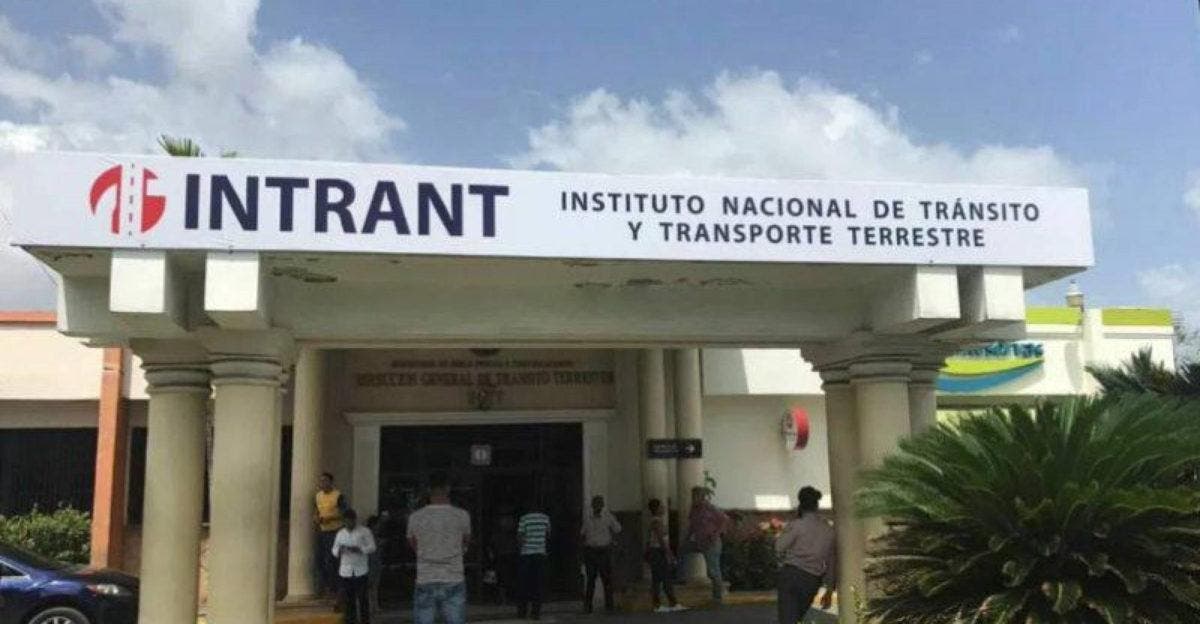 Headquarters of the National Institute of Traffic and Land Transport (INTRANT).

On the occasion of the Easter Week 2022 holiday, the National Institute of Transit and Land Transportation (INTRANT) makes several preventive recommendations to the population that will be traveling on the different public roads of the country.

As part of the Emergency Operations Center (COE) operation called “Conscience for Life,” INTANT calls on drivers to be cautious while traveling.

Likewise, the institution regulating traffic and land transportation urged to avoid any distractions, including cell phones while driving.

You can read: Holy Week: What happened on Holy Tuesday?
Other measures pointed out by INTRANT for Holy Week are reducing speed, keeping your distance, and using protective helmets.

Similarly, it asked not to drive under the influence of alcohol, as this is one of the leading causes of traffic accidents.

Interested in citizens arriving and returning safely to their destinations, INTRANT advised to check vehicles before the trip; use seat belts; respect traffic regulations and not exceed speed limits.

In the same order, the institution will be carrying out technical supervision at the main stops of interurban public transport passengers. The condition of tires, lights, brakes, and drivers’ licenses will be verified there.

It also recommends the proper review of the Child Restraint System in vehicles, inspecting the condition of the seat so that it remains fixed; the seat belt is in good condition.

Use seat belts at Easter and always.
Check the vehicle’s oil level, windshields, and brake fluid before maneuvering. Respect other drivers, pedestrians, cyclists, and motorcyclists; emphasize the use of protective helmets for motorcyclists.

Pedestrians should use the crosswalk and pedestrian bridge to cross the roads; be attentive to the traffic light signal, and avoid distractions; while for cyclists, it is recommended to use helmets and respect traffic signals and signs.

In case of long routes, reduce the probability of accidents due to fatigue; rest before the trip and pause on long-distance routes.

Freight transport
Among the restrictive measures for cargo transportation during the Easter holiday, the INTRANT reminded that the vehicles which are exempted are pick-up trucks, vans, ambulances, emergency vehicles, and those which offer water supply, electricity, cable, telephone, sanitary, road maintenance, and assistance and urban hygiene services.

Likewise, cargo transport circulating with prior permission from INTRANT must not go faster than 70 kilometers per hour in the extreme right lane on trunk highways in compliance with the Law and regulations 258-20.