People protest at the Dog Track to get their vehicles returned 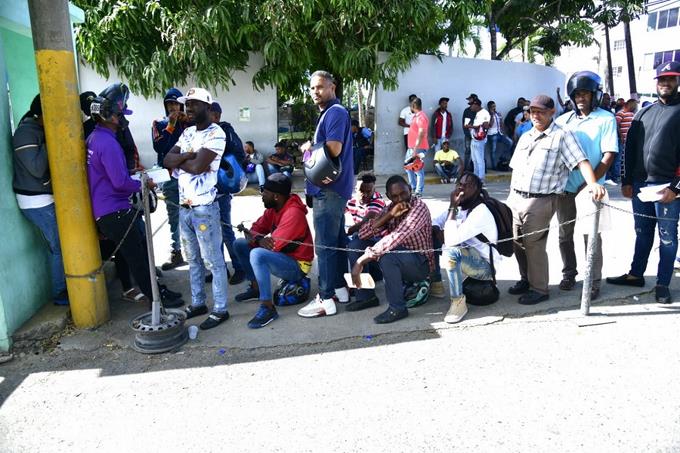 From the early hours of this Tuesday, long lines of people were observed at the entrance of the Dog Track, waiting for the return of their vehicles.

Santo Domingo, DR
Chanting in unison, “we want our cars; we have a family,” dozens of people complained in the vicinity of the El Coco Vehicle Holding Center, known as “the Canódromo,” in search of the return of their means of transportation.

From the early hours of this Tuesday, long lines of people were observed at the entrance of the Canódromo, waiting for the return of their vehicles.

However, after 10:00 a.m., the General Directorate of Transit Safety and Land Transportation (Digesett) authorities had not yet begun the process of vehicle release.

Cristian Díaz, a motorcycle driver, commented that he was tired of the trips to the Canódromo and that after waiting in line for more than three hours, the Digesett agents informed him that, for the moment,,, they would not deliver two-wheeled vehicles.

Similarly, other motorcycle owners complained that despite complying with the requirements of the law for the return of their means of transportation, Digesett has refused to dispatch them.

Several people complained, commenting that since they are stopped in the streets, despite having their documents, the motorcycles are “mounted” on a crane and taken to the Canódromo.

“They don’t ask you; they just mount the engine. They only know how to put engines on the crane,” was one of the people in line complaints.

The Canódromo and Digesett were the centers of criticism this Monday after, during an inspection by the Ombudsman, Pablo Ulloa, he and his collaborators, were assaulted and journalists from this media and CDN.

After this act, the director of this vehicle retention center was removed.