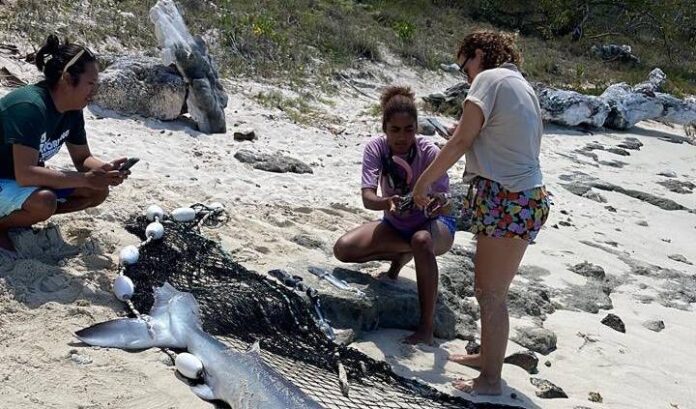 Santo Domingo.-José Ramón Reyes, Vice Minister of Coastal and Marine Resources at the Ministry of the Environment, announced today that the people on board a boat who killed a blue shark in Bayahibe, La Altagracia province, will be brought to justice.

According to Reyes, the boat has already been identified.

In a video making the rounds on social media, this boat, which is used to transport tourists to Saona Island, can be seen running over the shark just as it was laying its eggs.

“@ambienterd will pursue relentlessly the perpetrators of this horrible deed. This species is protected by a permanent fishing ban” the vice minister wrote on Twitter.

The Dominican Foundation for Marine Studies conducted an autopsy on the remains of the shark.

The blue shark is on the list of protected species in the Dominican Republic and its capture is illegal under Law 307 on Fisheries with a minimum of three to ten years imprisonment and a fine equivalent to several minimum wages.

“Today it was a shark, tomorrow it could be a human being. We must put an end to this chaotic situation! Boat captains without any kind of training and with human beings on board”, he stated.

This is horrible, we need to stop this now !