Motorcycle accidents were the most common 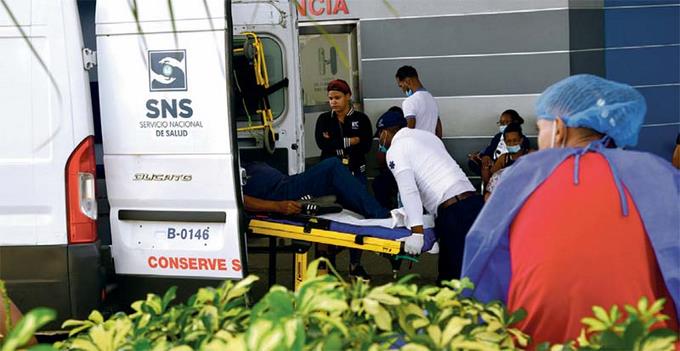 Motorcycle accidents are the leading cause of deaths in the country.

In the last five years, traffic collisions due to motorcycles have dominated the records of deaths in the security operations deployed during the Easter holiday. The current data, still partial, already reveal that 2022 will not be the exception.

From last Thursday to Holy Saturday, the Special Operations Center (COE) reported 26 deaths, including 16 due to motor accidents.

Other causes of death were due to running over, two; five suffocation by immersion, and three from light vehicles.

Likewise, the COE reported 169 traffic accidents, of which approximately 91% were related to motors, that is, a total of 138.

The remaining percentage is divided between incidents with light vehicles, bicycles, and runovers, which left a balance of 237 people affected until the count was released yesterday, Sunday.

Four of these almost three dozen deaths were reported on Friday, twelve on Saturday, and ten on Sunday. Among them, 17 were within the security operation deployed by the agency and nine outside it.

The statistics of incidents with engines increased compared to the previous year, in which 133 cases were recorded, five less than this 2022 out of 163 accidents of this type.

In the case of intoxications, the COE reported 264 of the food type and another 640 due to alcohol intake; of the latter, 29 turned out to be minors aged between two and 17 years.

On the other hand, the five deaths from suffocation by immersion correspond to three minors and two adults aged 46 and 31, according to COE data.