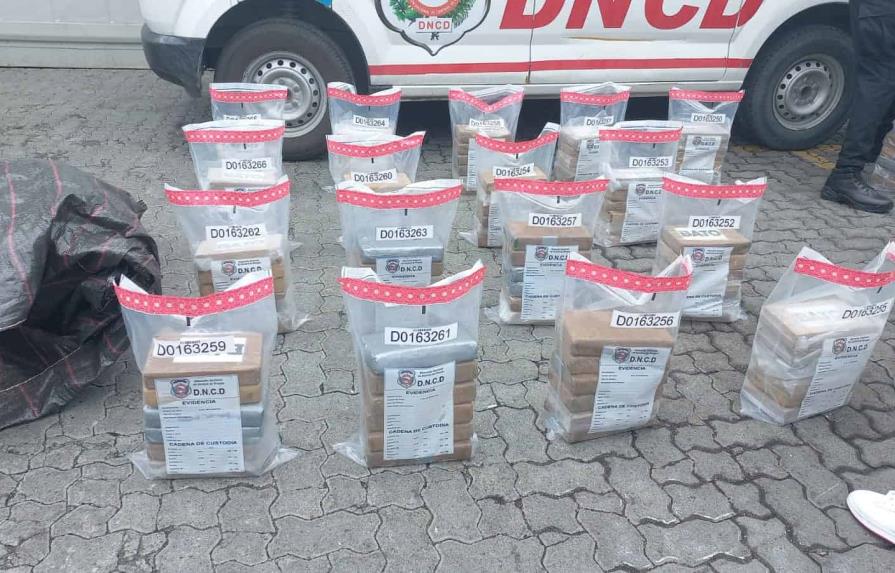 Part of the drug occupied in Puerto Caucedo. ( EXTERNAL SOURCE )

The substance was found in four black packages inside a container loaded with refrigerated fruit that would be sent to Belgium, the DNCD said in a press release.

The agency reported that the discovery was made when anti-narcotics and military agents, accompanied by canine units, conducted a verification operation on dozens of containers that arrived at the terminal from Chile and were in transit through the country.

He maintains that an investigation process has been initiated to find those responsible for the transfer and bring them to justice.

While the 140 packages were sent under chain of custody to the National Institute of Forensic Sciences (INACIF) for the corresponding purposes.