More intense downpours expected for the rest of this week 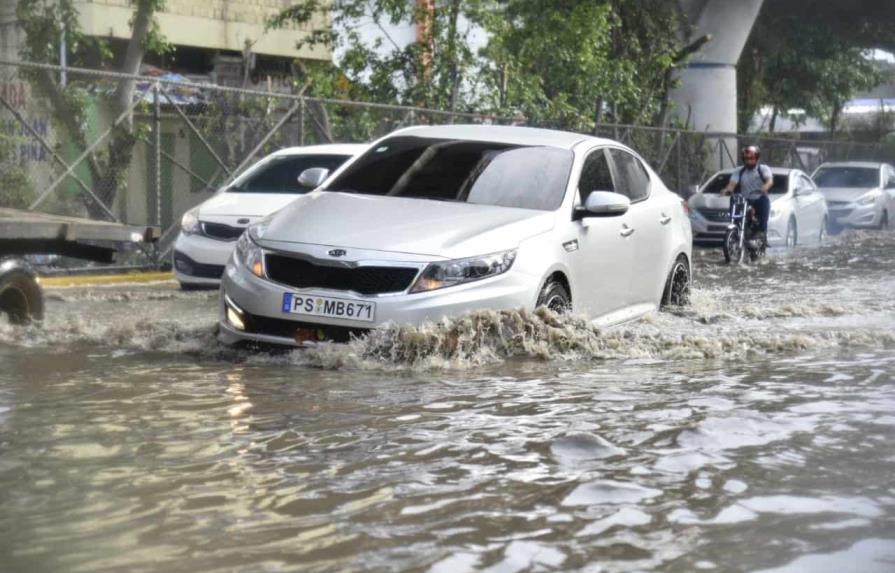 Heavy downpours have been recorded in the country since last Sunday. ( ARCHIVE ) 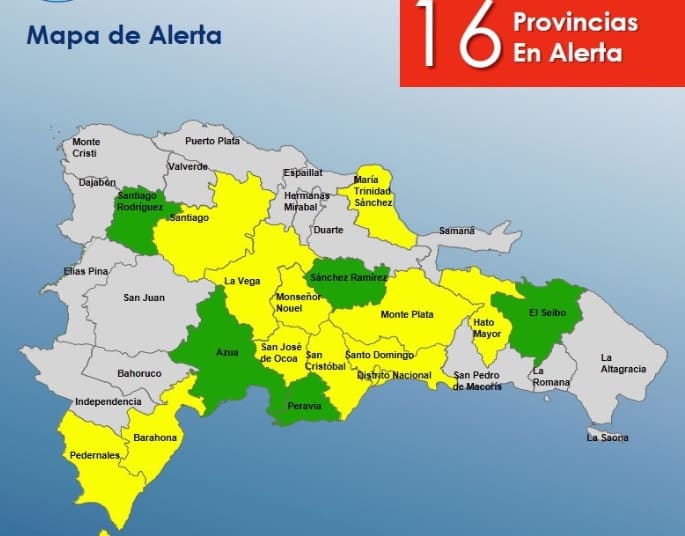 The National Meteorological Office (ONAMET) forecasts that downpours will continue to be recorded in almost the entire country in the coming days, at least until the weekend, whose frequencies and intensity “will increase” in some provinces starting this Tuesday afternoon.

“Yes, so far it is predicted that rainfall will continue for the rest of the week,” forecaster Claudio Amparo told Diario Libre.

He explained that the frequent rains, sometimes intense, are present in a significant part of the national territory, mainly because of an active trough and intense humidity generated by the wind from the east-southeast, as well as other weather components.

Today’s Onamet bulletin predicts that in the afternoon rains will increase in frequency and intensity in the provinces of Dajabon, Santiago Rodríguez, Elías Piña, Santiago de los Caballeros, La Vega, Puerto Plata, Hato Mayor, El Seibo and San Pedro de Macorís, as well as in areas close to these jurisdictions.

He recommended citizens be cautious on slippery roads and avoid driving through puddles or flooded areas. 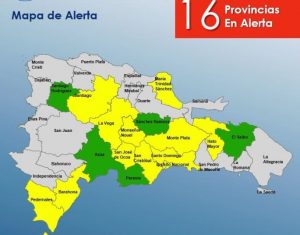 Until 11:00 in the morning of this Tuesday, April 19, the COE maintained the alert to 16 provinces of the country. ( EXTERNAL SOURCE )

For tomorrow, Wednesday, the report adds, the contribution of humidity that will remain over the country by the southeast wind, plus the effects of the active trough, will cause moderate to heavy rains, with “thunderstorms and gusts of wind in most of the Dominican Republic” will continue to occur, “from early hours of the day and especially in the afternoon and early evening.”

The weather outlook will remain unchanged on Thursday due to the exact effects of humidity and instability associated with the trough and the humid trade winds.

16 provinces remain on alert
The Emergency Operations Center (COE) has half of the country (16 provinces out of 32) on alert for possible floods, landslides, and other consequences of the precipitations registered since last Sunday.

Yesterday, this organization reported 230 people displaced and sheltered in the homes of families and friends, 15 aqueducts out of service affecting 143,857 users, and 46 houses damaged by the rains.