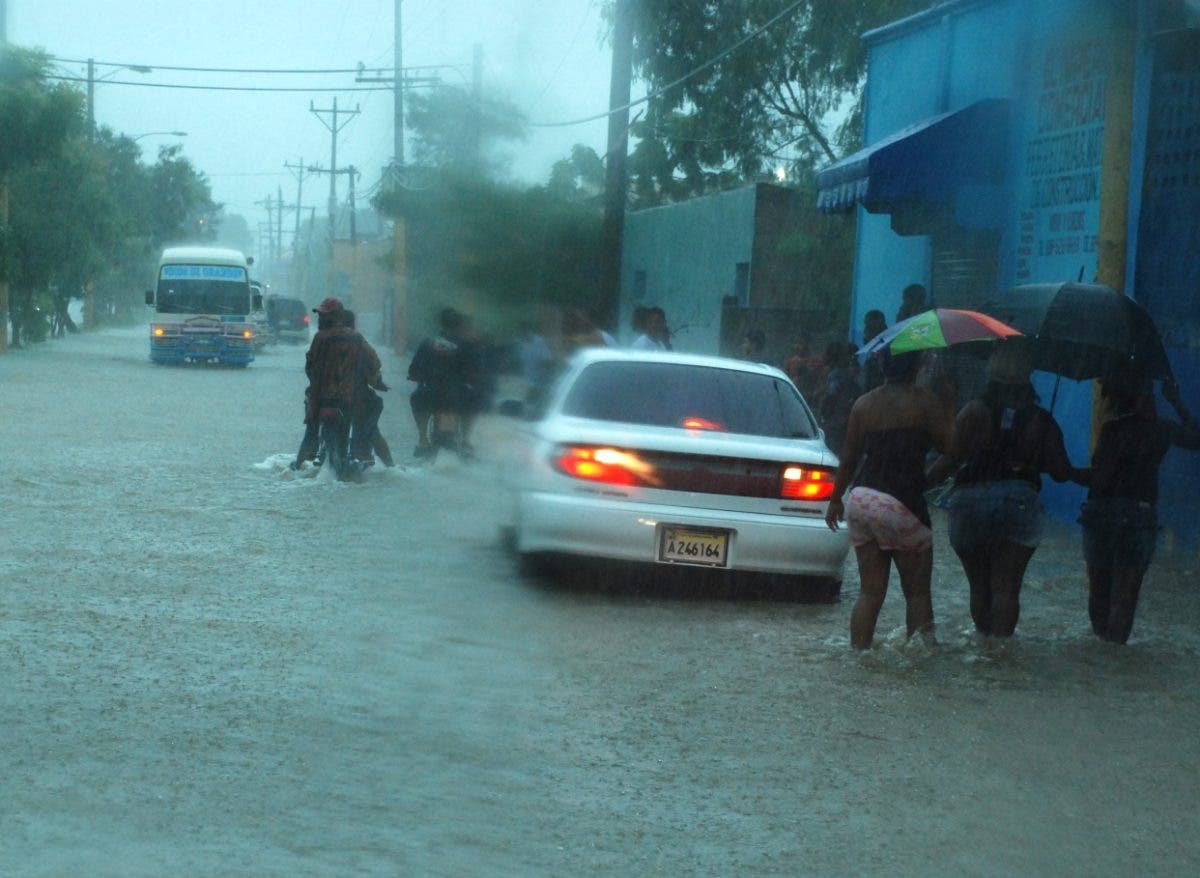 The Emergency Operations Center (COE) has placed 16 provinces on alert due to the rains, which have left 230 people displaced, 46 houses affected, and 22 aqueducts out of service.

While on green alert are the provinces of Azua, El Seibo, Peravia, Santiago Rodriguez, and Sanchez Ramirez.

You can read: Rains affect families in Lavapiés sector of Km.18 Duarte Highway.

Regarding the damages generated by the rains that have been recorded in the country for several days, the National Institute of Drinking Water and Sewage (Inapa) reported that 25 aqueducts were affected, of which 22 are out of service. In addition, three are partially damaged, a situation affecting 310,918 users in different country localities.

So far, 46 houses have been reported damaged in Greater Santo Domingo, San Francisco de Macorís, Monseñor Nouel, San Cristóbal and Monte Plata, among other localities of the provinces which remain on alert.

The National Meteorological Office forecasts that today the rains will begin in the early hours of the day on the southern coast, center of the country, in the northwest, northeast, southeast, southwest, and the Central Cordillera.

Santo Domingo Province and the National District will be cloudy with showers, thundershowers, and wind.

There will be strong waves and wind gusts on the Atlantic and Caribbean coasts, so operators of small and fragile boats are advised to navigate with caution near the coastal perimeter.