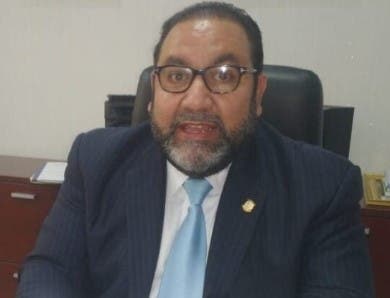 The burning of rice stubble in the province of La Vega and other rice-growing areas has become an environmental and sanitary problem, denounced yesterday by Senator Ramón Rogelio Genao, who called for the intervention of the country the corresponding authorities to stop this.

“The smoke created by this burning is immense, unbearable, and harmful, so the ministers must go urgently to help us to stop this recurrent practice in the rice zones,” said the congressman, who asked the ministers of Environment, Agriculture, Public Health, the Administrator of the Agricultural Bank and the Rice Associations of the country to join in and put an end to this practice of burning the past sales once the harvest is finished.

He explained that this smoke of enormous proportions is causing multiple respiratory affections to the inhabitants of the rice provinces, of which there are 20 in total.

The reformist senator indicated that the need had been raised to find a use for these rice stubble, either as cattle feed in hay bales or the preparation of some organic fertilizer, as a way out of the problem.

In the Dominican Republic, in the past year 2021, the population consumed a total of 13 million 400 thousand quintals of rice and is projected in 2022 to exceed 14 million quintals.

Strengthens the industry
This initiative, promoted by the Dominican government, has made it possible for more than 300,000 producers to keep their faith in bringing forth the land and prevent them from abandoning their crops with heavy debts.

Previously, there was a limitation to the access to this cereal since plantings were made without planning, which generated disadvantages for the producers. When there was an oversupply in one season, prices plummeted, and the next planting was limited, which became a vicious circle, explains rice producer Oliverio Espaillat.

This is the first time this reader has read about the burning of rice stubble being an environmental health risk. Smoke from any source is a hazard. Yet, the rice burning is only at the end of harvest season, usually there are two. Rice growing is generally in rural areas, the campo. It can be surmised the smoke from the twice a year burn offs affect small numbers of the population. It should not be dismissed because of population numbers.

The honorable Senator should incorporate any action to prohibit rice stubble burning to other types of burn offs, such as cane, and that of smoke from vehicles.