56% of maternal deaths in the country are of Haitian women 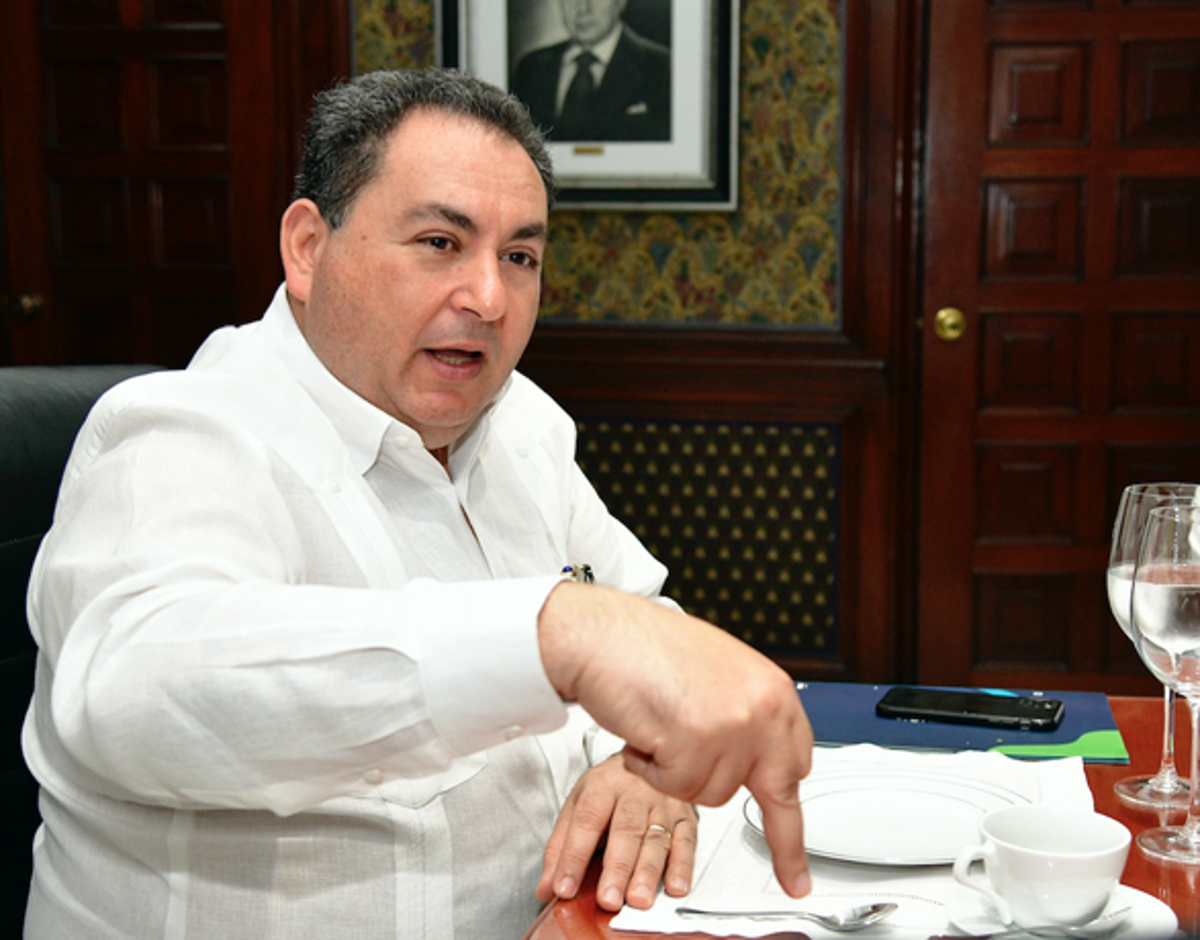 Mario Lama emphasizes when answering a question during the Daily Listin Breakfast.

Santo Domingo, DR
Three out of every ten births registered this year in the country’s public network hospitals correspond to Haitian mothers, who also represent 56% of the maternal deaths reported by the Dominican Republic, revealed yesterday by Dr. Mario Lama and Dr. Martin Ortiz, directors of the National Health Service (SNS) and Maternal, Infant and Adolescent of that agency, respectively.

They explained that, in the first three months of this year, 27,873 births had been registered in State health facilities, of which 8,591 correspond to Haitian mothers, which is equivalent to 30.8% of the total number of births attended in hospitals.

Mortality indicators
During their participation in the Listín Diario Breakfast, the SNS executives said that in addition to the high investment in health that the care of Haitian parturients represents for the hospitals, this also has a negative impact on the country’s development indicators because it increases the maternal and neonatal mortality rates.

They revealed that 56% of maternal deaths in the country occur in Haitian mothers because they arrive at hospitals in very precarious health conditions, without prenatal check-ups, with high levels of anemia, with problems of hypertension and infections, which also leads to premature births.

They said that in addition to maternal and child health, the public network invests heavily in the care of Haitian patients in the area of traumatology and other medical services.

20 adolescent care units
In turn, Dr. Luz Fermín, in charge of Adolescents of the National Health Service (SNS), assured that they are working to guarantee that the services received by the population are of high quality and informed that 20 units of Integral Attention for Adolescents have already been opened in hospitals in different provinces of the country. He said that at the arrival of the current administration to the SNS, there were only units for the care of pregnant adolescents in maternity hospitals, but in those that have been installed, health care is provided in a comprehensive manner to adolescents of both sexes.

He recalled that this population group was often left out of the services because they did not belong to the pediatric or adult services.

Fermín said that the units are in hospitals in different communities. Others will be opened in the coming months, with specialists in gynecology, general medicine, psychologists and community doctors so that adolescents have answers to their health needs.

This will allow them to have general information about their sexual health, general health, and future at an early age, enabling us to provide societies with more balanced young people with more decision-making power.

He recalled that teenage pregnancy accounts for 22% of all pregnancies in the country, with the Dominican Republic occupying the first place in Latin America and the fifth in the world.

LEARN MORE
Father Billini public
Dr. Lama gave assurances that the Padre Billini hospital, once its reconstruction is completed, will be a center of the public network, although it will have the support of volunteers. He said he expects this center to be ready between the next 60 and 90 days, since it is very advanced. He noted that the hospitalization area, operating rooms, intensive care, and the second floor for consultations had been completed.

The RD should not have to shoulder the responsibility to assume the health care of pregnant Haitians. A maternity hospital on the Haitian side of the frontera has been talked about for years and that is all that has been presented to the public – – – “talk”. It is time to end the “talk” and work to obtain international financial backing and support to construct a maternity hospital west of the border.

The fact is the guarded border area is a damaged filter allowing many pregnant women to cross into the RD. Just to be humane this is not to say in exceptional cases a Haitian woman needing extraordinary medical attention would not be denied entry into the RD health system. The maternity crossings have to stop and the only way it can be realized is with a maternity hospital on Haitian soil.

90% of negative health stats that DR has is because of Haitian inmigrants living illegaly in DR, the DR inmigration needs to step up their game and start destroying illegal cominities of haitians and deport them inmediately to their failed state