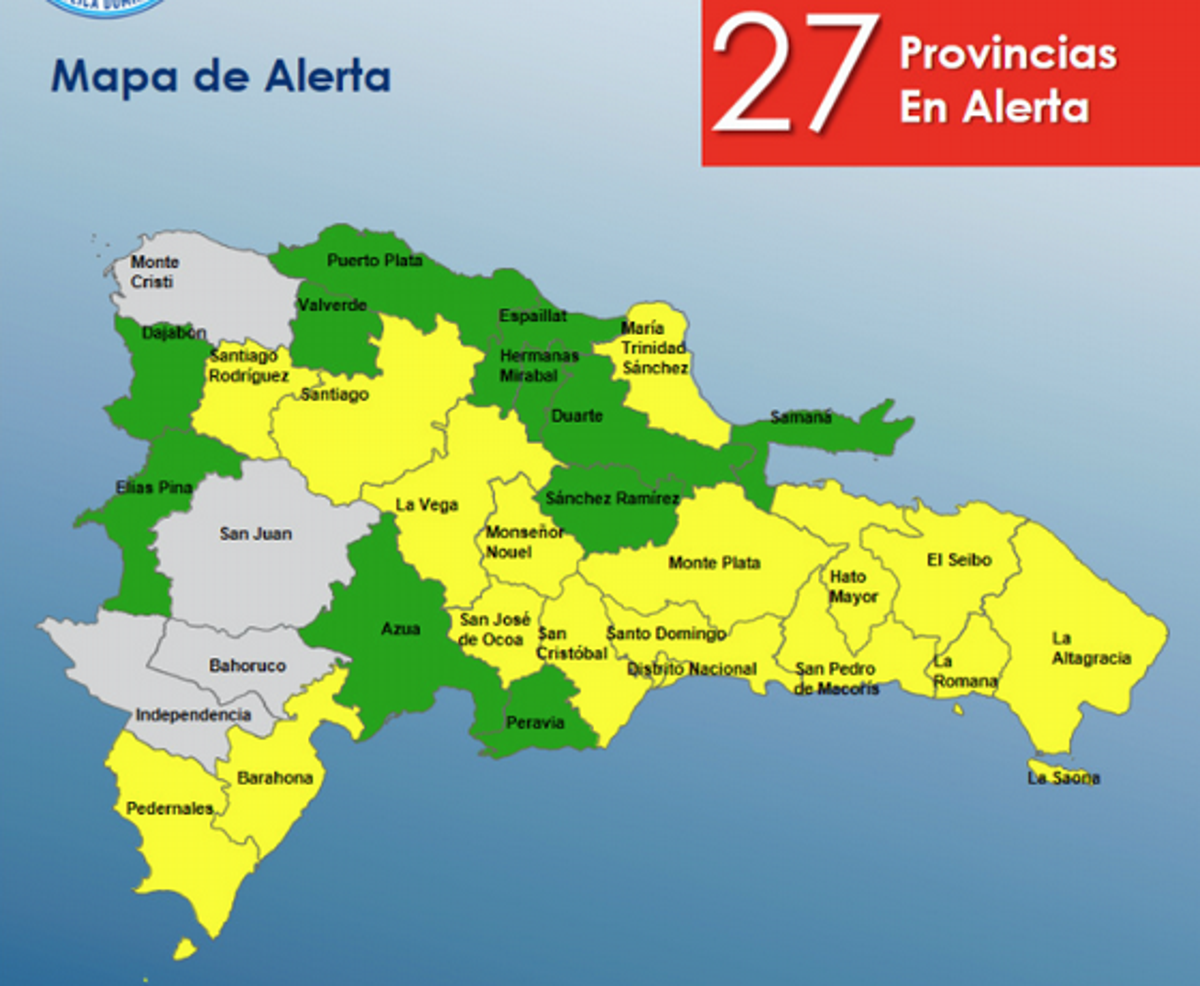 The rains will continue during today and tomorrow in the country.

Santo Domingo, DR
Around 80% of the national territory is under alert after the Emergency Operations Center (COE) increased to 27 the number of vulnerable provinces due to the incidence of a trough over the country.

The National Meteorological Office (ONAMET) forecast today’s cloudy skies with intermittent downpours, which may vary from moderate to locally heavy, with possible thunderstorms and gusty winds.

These conditions will be more concentrated in the provinces of the northern and northeastern slopes, the eastern plain, the Caribbean coast, the Central Mountain Range, and the border area. As a result, the number of provinces under yellow alert was increased to 16 and 11 were declared under green alert for possible flooding.

Authorities warn citizens to refrain from crossing rivers, streams, and creeks with high volumes of water.

The authorities also recommend not to use bathing resorts, due to the turbidity and the volume of water that still remain.

Damages
The rains of the last few days have caused three houses to be affected and six people to be moved to safe areas. In addition, one community has been cut off from communication.

The National Institute of Potable Water and Sewerage (INAPA) reported the breakdown of 27 aqueducts. Of these, 24 are out of service completely and three partially, which has affected around 443,000 users.

AILA
Leaks.
The rains recorded in the last few days have revealed problems with filtrations and leaks in the main areas of the Las Americas International Airport (AILA), including some areas recently remodeled by the company Aeropuertos Dominicanos XXI (Aerodom) and the French company VINCI.