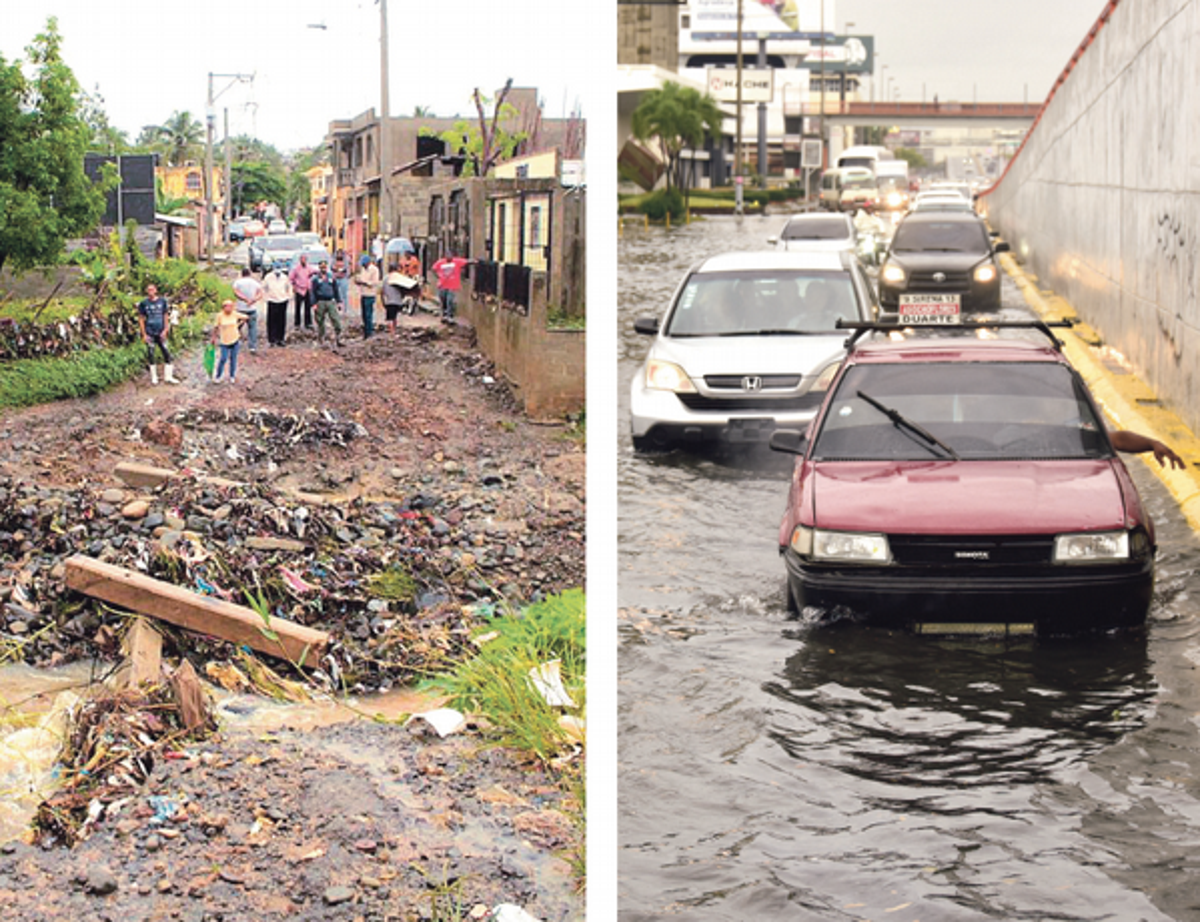 The downpours have caused flooding in streets and avenues, and various damages. LD

The month of April records accumulated rainfall on a day that was not recorded since 2017, such as the area of Las Americas Airport. For example, on Tuesday, 140.5 millimeters of rain were recorded, and the average in April was 59.7mms. In 2017 it had a cumulative of 148 mm.

Engineer Gloria Ceballos offered the statistics, director of the National Meteorological Office (Onamet). She warned about the saturation of soils and the danger of floods and landslides, especially in the 27 provinces on alert for recent downpours.

In La Romana, in the country’s east, the average rainfall for April is 48.8 mm, and only yesterday, 79.5 mms were recorded.

“The prospects are that the rains will be above normal in the coming months, due to the incidence of the La Niña phenomenon,” he explained.

About the phenomenon
“La Niña” is a climatological event that manifests itself as abnormal cooling of the waters of the equatorial Pacific and influences weather conditions, explained the director of Onamet, indicating that in the Caribbean, it manifests itself with more extensive rains, and in the North Atlantic with more active cyclonic seasons than usual.

Since Holy Thursday, when the Holy Week holiday began, a very active trough began to affect the country, generating significant rainfall in several country regions, detailed below by Ceballos.

Since Holy Thursday, when the Semana mayor’s break began, a very active trough began to effect, generating significant rainfall in several country regions, detailed below by the engineer Ceballos. Holy Thursday, the largest accumulated were recorded in localities in the southeast and northeast regions. In the municipality of Villa Altagracia, San Cristóbal province, 44.7mms fell.

That same day in La Victoria, in Santo Domingo Norte, it recorded 38.6mms of rainfall, and in the Duarte province, 21.6mms. On Good Friday, the most extensive accumulated rains occurred again in the northeast and southeast regions: Villa Altagracia with 36.8 mms; in Cabrera, María Trinidad Sánchez province, 35.7mms and in Gaspar Hernández (Espaillat), 26.2mms.

He said that on Holy Saturday, the same meteorological panorama was maintained due to the incidence of the trough.

CLIMATE
Urban flooding
Inconvenience.
“For Easter Sunday the situation was complicated, since the trough that manifested itself at various levels of the troposphere produced the most important accumulated in areas where it had already rained the previous days, which caused urban flooding, causing inconvenience to vacationers returning from the Easter break,” said Gloria Ceballos, director of Onamet.