Scabies is common: 14,000 people were treated in 11 months in the Dominican Republic 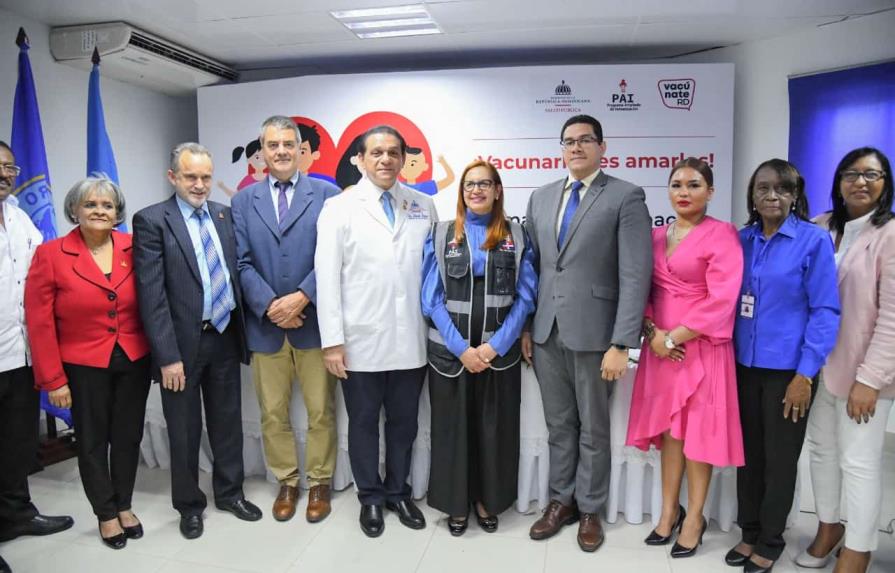 Health authorities during the launch ceremony of the Vaccination Week of the Americas 2022. ( EXTERNAL SOURCE )

In general, in 2021, the registry of consultations at the national level was 578,000 patients, of which 335,976 were seen by dermatologists and 31,570 required specialized skin check-ups.

These figures coincide with the data offered by the Dominican Society of Dermatology secretary, Jeyce Reynoso, who this past Tuesday had anticipated that 2 to 4% of the patients consulted were treated for scabies. The summer season is when an increase in the number of cases is observed.

The Dominican Society of Dermatology president, Mariel Isa, called for hygiene measures to be maintained and warned this Wednesday that not every process that causes itching or itching is the product of scabies.

“ We should not be alarmed because scabies or scabies is something we have had all our lives. When we read the reports of the World Health Organization, there are millions of people affected in the world and it has effective treatment, it is a widely known pathology”, pointed out the dermatologist during the weekly meeting of the Ministry of Public Health with the press.

“Scabies affects any race, any age, and sex. That has no preference and can be in any area, rural or urban. Obviously, in areas with greater overcrowding, these mites are seen much more,” explained Isa.

For his part, the Minister of Public Health, Daniel Rivera, said that he contacted the Pan American Health Organization (PAHO), and the response was that “the cases are being reported in the metropolitan area of ​​Haiti, in the cities important, but it has nothing to do with the border until now.”

“We did the border surveillance and I put the case of Juana Méndez, which is one of the most frequent sites, and we spoke with two Haitian doctors, through the consul Margarito (De León) and they have no (imported) cases” assured the official.

Rivera asked not to resort to self-medication and reiterated that scabies “is a mild disease, easy to cure.” “In the Dominican Republic we have the treatments and if you are suspicious, go to the doctor,” he suggested.

The minister spoke at the launch ceremony of the Vaccination Campaign against measles, rubella, and polio, for Vaccination Week in the Americas 2022, whose goal is to vaccinate 955 thousand children from 1 to 5 years old.

Nor is it new in Haiti

According to the Deputy Minister of Collective Health, Eladio Pérez, scabies is not a new condition. However, in the case of Haiti, it has shown a continuous and increasing presence in recent years.

“We have contact with the Haitian authorities and we are exchanging information. This disease has been present with a significant increase in cases in the Haitian Republic for more than three years… but this situation is not new. Here, we simply have, as always, a Sentinel surveillance with respect to the development of this disease,” said Pérez.