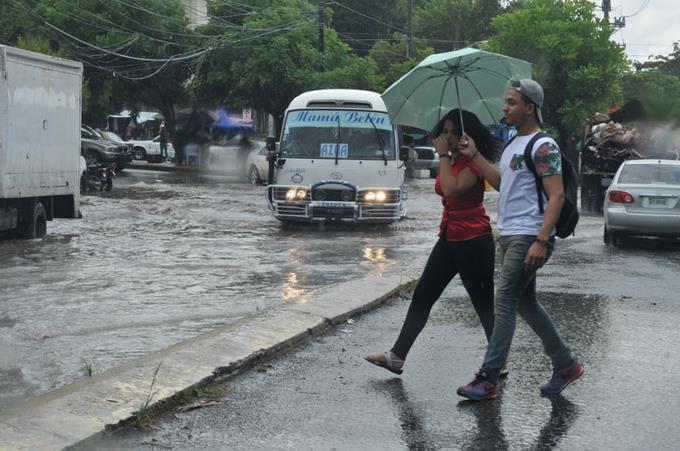 Rains in the city of Santo Domingo, stock photo

For this Friday, the downpours will be reduced, but the weak rains will continue in much of the national territory during the day.

For this Friday, the downpours will be reduced, but the weak rains will continue in much of the national territory during the day. According to the weather report issued by the National Meteorology Office (Onamet), rainfall is due to the effects of the trough located on the national territory.

In the afternoon, the winds will persist, which could be intense at times, accompanied by electrical storms and isolated gusts of wind in the provinces of the northwest, north, northeast, southeast, southwest, and the central mountain range; as a consequence of the trough that continues to affect the weather conditions in our area.

As a result of this forecast, the agency recommends using an umbrella for driving calls to be careful on slick streets and travel through puddles or flooded areas.

Regarding maritime conditions, Onamet recommends that operators of fragile and small vessels on the Atlantic and Caribbean coasts navigate close to the coastal perimeter and with caution due to irregular waves.

In Greater Santo Domingo, the maximum temperature will range between  29°C and 31°C, while the minimum will remain between  20°C and 22°C.