Ocoa case revives fears of the National Police’s violent past 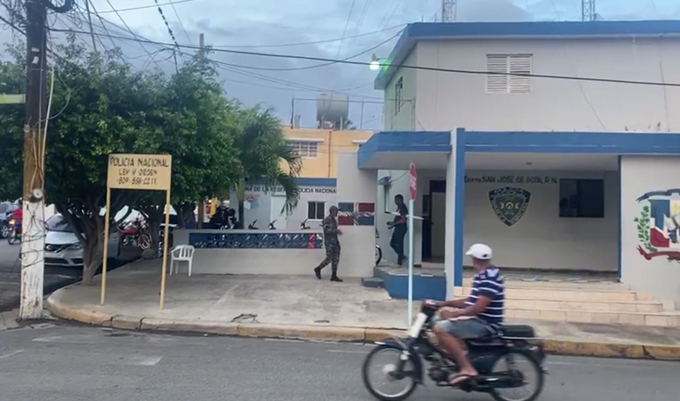 The police brutality that took the life, after apparent torture, of young Jose Gregorio Custodio, from San Jose de Ocoa is destroying the point of the government and of President Abinader, who does not commend or approve of the torture or killing of any citizen.

In his 18 months in power, the Dominican ruler has been preaching respect for the rights of the people, liquidating corruption and larceny in the public administration, and other gestures that favor the common citizen and the poor.

What happens is that the National Police has no composure. Some of its ways, such as the case of Ocoa, have a powerful resemblance to what happened in the twelve years when police repression was brutal, and the commanders supported their agents.

For more than twenty years, the Police have not been able to be reformed by the governments of the so-called democratic parties, challenging the intelligence of the country’s leaders, who are busy with their chores and managing the state in the manner of booty.

The many promises of reforms have remained in the media publications. Police advisors from countries with more developed police functions have stopped at nothing more than promises that leave the citizenry hungry for justice.

Complaints and criticisms of the Dominican Republic transcend borders, as evidenced by the recent report of the U.S. State Department, which refers to specific cases of human rights violations in recent times.

The young Custodio, as shown by the television programs that sent their reporters to that city, was beaten to death by the police officers the Police Department, believing that these agents believe that the cases could now be hidden as in the past.

As a reporter, mainly for the newspaper Ultima Hora for eight years, I witnessed many outrages by police officers against citizens. PN barracks were feared by young people, such as number 2 of María Auxiliadora.

I was held there as a child when I went there to demand the release of two boys from my gang. That was in the Era de Trujillo. They didn’t beat them or me, but that place was a terror when I was twelve years old. They tell me that the police still beat me up.

They destroy the presidency
The police officers destroy President Abinader’s presidency. Every time a crime like the one mentioned above occurs, or the attack on the journalists at the Canódromo, the people are alarmed and discredit the ruler’s popularity with his actions.

Abinader and his Minister of Interior and Police, Chú Vásquez, a full-time politician, have to see that with these crimes and outrages whose perpetrators do not always go to the courts, the country’s reputation is degraded despite his pro-tourism campaign.

Indeed, tourists do not pay much attention to police repression because it does not usually reach them. They flee rather due to epidemics and corruption. But in Haiti, tourism has been lost because the epidemics and the crime have been added to the heavy hand of the police.

Among them, Dr. Fernandez, who is anxious that circumstances allow him to run in the elections of that year, would do anything to fulfill his ambition. His tour these days in the United States seeks to strengthen his leadership abroad. Former President Danilo Medina, as announced last Tuesday by his spokesman and former senator, Charlie Mariotti, will return to the “political arena” at the end of May to meet with the Dominican Liberation Party PLD leaders at the national level.

Medina has maintained a sort of “dissimulation” almost since he left power in August 2020 to make way for Abinader. He did it well since several scandals have been uncovered affecting some of his siblings in the last year.

The Canódromo scandal
The scandal that occurred at the Vehicle Retention Center, which caught the public’s attention because of the response given to the presence of journalists from Listin Diario and a television station, was one of the many cases in which the police are unable to respond.

The Director of Transit and Land Transportation Security (DIGESETT), Brigadier General Ramon Guzman Peralta, said that there are protocols for delivering the vehicles and that those affected only have to prove ownership for them to be delivered.

The police lie and have always done so. They lied before when combined with a prosecutor of the capital; it justified the deaths of political leaders who were adversaries of the regime of the twelve years. The force lies now in front of the testimony of the affected public.

The Canódromo, full of four-wheeled vehicles and motorcycles, has become, according to several testimonies, a den of corruption where one has to pay for the minimum paperwork and where the lieutenant colonel who was its director made use of security guards.

By erasing the information contained in the cell phone of the Listín reporter, without anyone taking responsibility afterward, a serious crime of prior censorship was committed, which even ended up on the desks of the Inter-American Press Association, SIP, and the Institutional and Justice Foundation of the DR repudiated.

FINJUS, an institution characterized by its responsibility and poise, considered it a disgrace to have erased the newspaper’s telephone data when the Ombudsman went to Digesett to carry out an inspection visit after receiving multiple complaints.

We still need the heavy hands to deal with gangs, cartels, thieves, bandits, the abusers of the environment, etc. You have too much freedom and all you do with it is bring chaos and despair. So we fight fire with fire because that is the only language you understand.

Police should be firm, but fair. The tragedy in Ocoa was not fair to the victim, it was brutal.

The country cannot go back to the days of Felix Bernadino. The country does not need Bernadinos.