Abinader evaluates the works of the Los Alcarrizos cable car 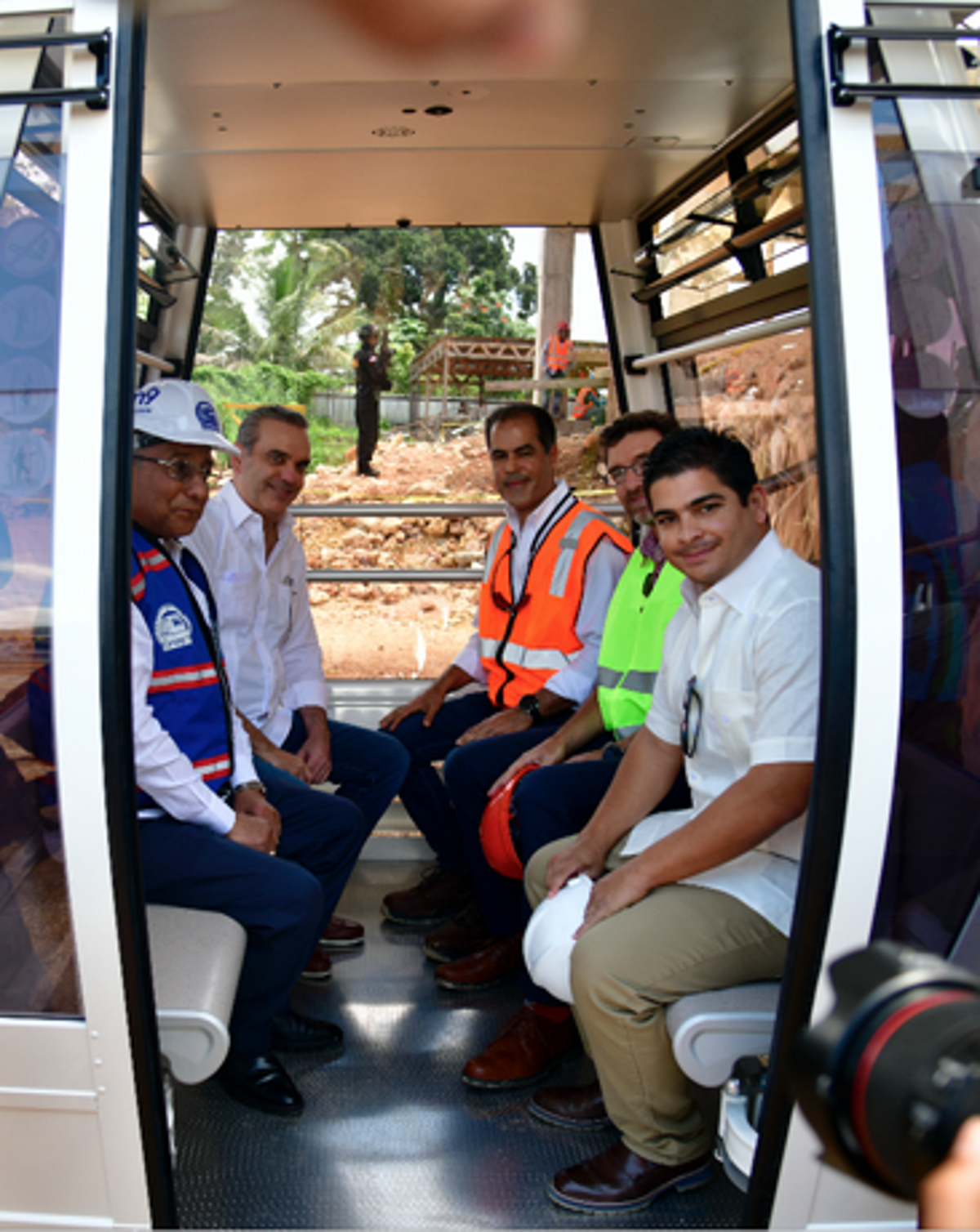 President Abinader in one of the cabins that will be used in the Los Alcarrizos cable car during an inspection visit yesterday. VICTOR RAMIREZ/LD

The president explained that the elaboration of the cable car would imply the reduction of up to one hour from Los Americanos, in Los Alcarrizos, to the intersection of the Duarte highway, in the mobility of users.

The country is a few months away from experiencing a change in transportation with the implementation the new Los Alcarrizos cable car, which includes a Santo Domingo Metro station.

As proof of this, yesterday morning President Luis Abinader visited the area to see the progress of the work that combines two means of transport that will undoubtedly benefit thousands of citizens.

During the meeting with the engineers in charge of the construction, the president explained that the Cable Car installation would reduce up to one hour from Los Americanos to the intersection of the Duarte Highway.

“So that you have an idea of ​​what this means, now, from Los Americanos or Los Alcarrizos Free Zone, during rush hour, it takes an hour and a half to get to the Duarte highway junction; when the cable car is working, this would drop to about 12 minutes”, explained the head of state. Speaking to journalists, Abinader said that the Los Alcarrizos Cable Car would start operating next December, while the Santo Domingo Metro will be completed in 22 months.

The cable car will have the capacity to transport 4,500 passengers every hour.

The connection
The Los Alcarrizos Cable Car will connect with the new line of the Santo Domingo Metro, helping citizens to move more quickly.

The project will have four stations and 163 cabins with a transport capacity of 4,500 passengers per hour; it will travel a distance of 4.20 kilometers in 15 minutes.

The project has execution progress of about 40% of the established construction schedule.

Likewise, the Office for the Reorganization of Transport (Opret) authorities indicated that more than 2,000 direct jobs would be created, with an investment of 500 million dollars.

DEVELOPMENT
Objective.
Line Two of the Santo Domingo Cable Car is a cable transport system that aims to provide the municipality of Los Alcarrizos with a collective transport service, which improves mobility within the city and allows connection with other modes of transport.

Faster.
The body in charge of the work said that another objective is that the citizens of that area can move to carry out their different activities in a faster transport.