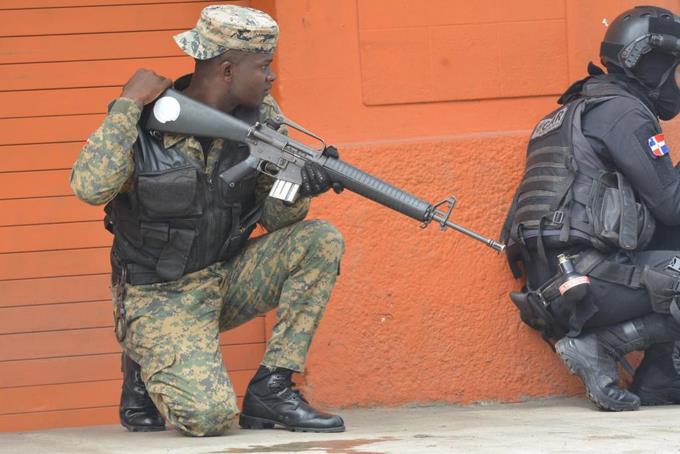 Santiago, DR
The call for a work stoppage made by a group of organizations for this region is partially fulfilled, with greater intensity in those localities with more tradition of social struggle.

In Santiago, the stoppage is felt more significantly in the North and Northeast neighborhoods, while transportation works partially on several routes.

In mid-morning, there were heavy confrontations between residents and military and police personnel in the municipality of Licey al Medio, where all work is paralyzed.

From the highlands, it is reported that most commerce closed its doors although there are some operating, the public transport of passengers was almost completely closed.

In some points of Cienfuegos and Licey, it was reported that antisocials looted some businesses in the early hours of this morning, despite the intense military and police patrolling in those localities.

Osvaldo Brito, a spokesman for the Coalition of Popular Organizations, which called for the protest, said that the population forcefully accepted the call as a sign of the rejection of the policies applied by the current administration of President Luis Abinader.

The popular leader warned that this is the beginning of other days that will come with more force if the government does not attend to the demands currently being formulated for the population’s different works and economic measures.

He said that the strike is effective in Bonao, Moca, Nagua, San Francisco de Macorís, Licey, Esperanza, Navarrete, Montecristi and other towns of the Cibao.

The strike call is for 24 hours in the region, except for San Francisco de Macoris, for 48 hours. In that city last night, a young man was reported seriously injured in a sector of that city.

From Dajabón, correspondent William Estévez reported that commercial activities and transportation are developing typically, with little acceptance by these sectors of the call for a strike.

The binational market is functioning without significant setbacks.

In the Historic Center of Santiago, the circulation of vehicles increased as the morning went by, although most private drivers and many businesses opened their doors.

The strike in the 14 provinces of the Cibao is a demand for works and services, among which are: potable water service for all our towns and communities; reduction of the electricity tariffs, fuel and gas prices, to have an impact on the decrease in the prices of the basic family basket of goods.

Citizen security plans include decent jobs, technical education for our youth, a low-cost housing program, general wage increase for employees and workers in public and private sectors as well as, the elimination of the ARS, and the implementation of a new social security system that includes decent and well-equipped hospitals.