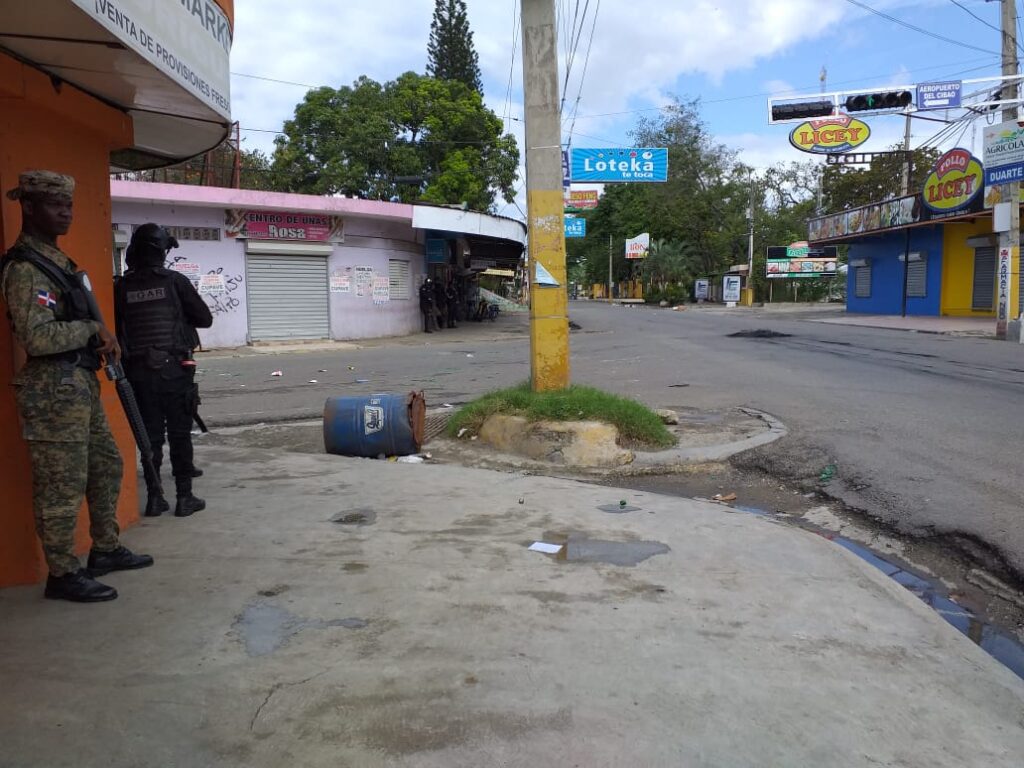 Licey, Dominican Republic.- Several businesses were looted and tires burned in the municipality of Licey al Medio, in Santiago, where the walkout called by community organizations in the 14 provinces of Cibao is taking place.

On the road that connects Licey with Santiago, in the Casa Blanca sector, there is an area where the police officers have not been able to enter, while in another section they remove debris and douse the tires.

Meanwhile there are also clashes between police officers and unidentified protesters.

The agents throw water at the burning tires and clear the road, while motorists and some private vehicles move around the place.

What’s it all about?